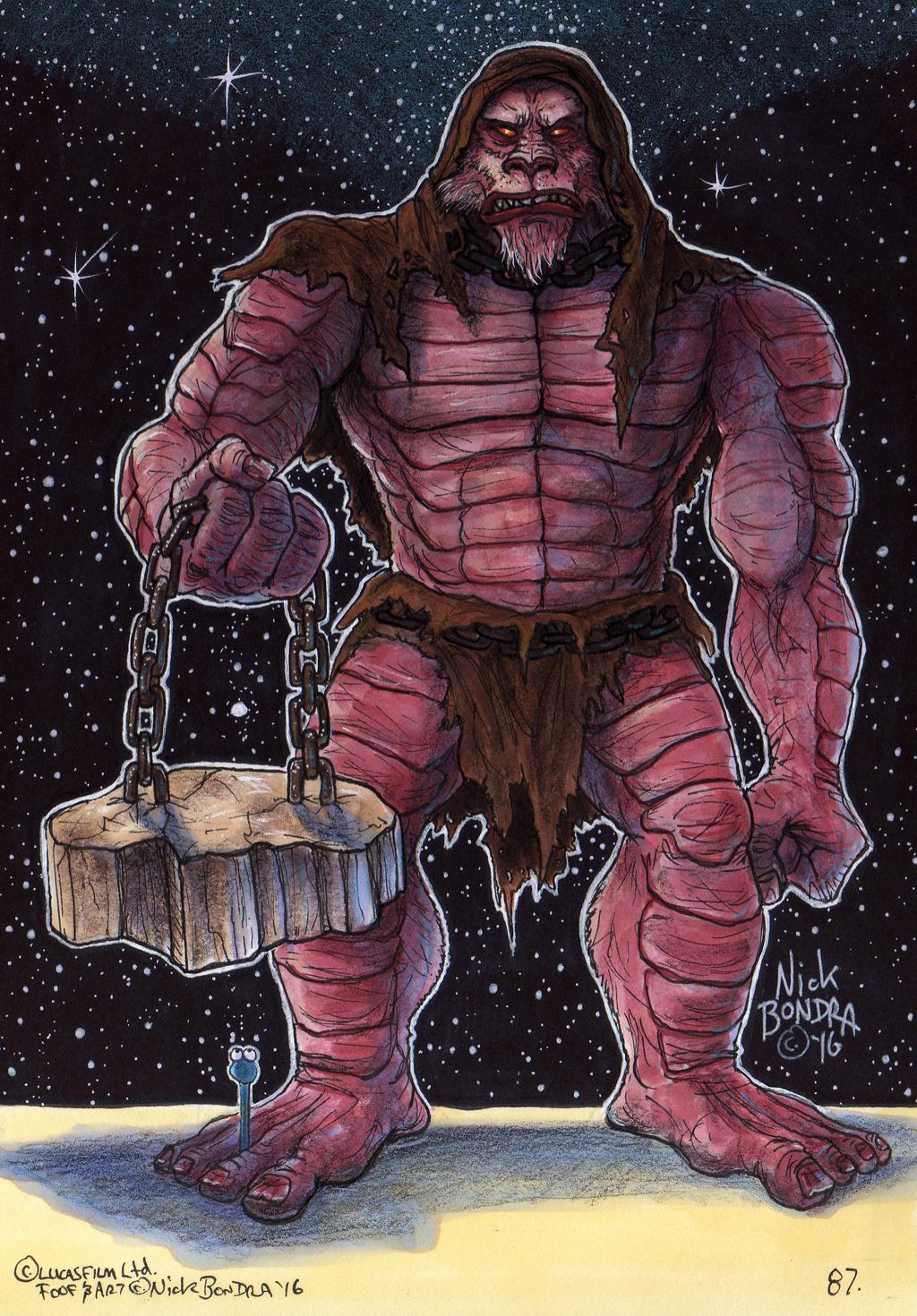 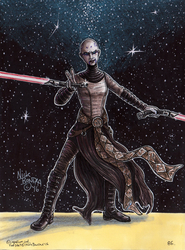 What can one really say at this point about Giant Flog? Well, I have a few things. * ahem * Giant Flog was from the gladiator arena scene in the original, traditionally-animated " Star Wars, The Clone Wars " cartoon series/program. Then, after killing all of the other gladiators, Asajj Ventress killed Giant Flog in the same way many-a-samurai were killed in that non-horse-riding form of jousting scenario when 2 opponents run towards each other, both seeming to make some sort of attack at the moment of contact, then, a dramatic pause until one of them collapses into a heap of death ( in this case, Giant Flog ). Giant Flog is survived by his room mate Chad and Chad's fish, Donald.

To learn more about Giant Flog, click here. http://starwars.wikia.com/wiki/Giant_Flog You will be forever enlightened.

Actually, years ago now, I named Giant Flog before I knew that some other nerd came up with the brilliant name of Giant Flog. I called him, * extremely long drum roll * Brillig Brahg. Which actually kinda works: Brillig Brahg, the Giant Flog. Let's take a moment to remember the late, and dare I say, great, Giant Flog, who's weapon of choice was a piece of wall with a chain stuck in it. . * insert moment's time here *

OH! I mean P.S., Foof, if you can find him, is prolly actually pretty close to scale in this pic. They don't called him Giant Flog to be ironic. ;-)