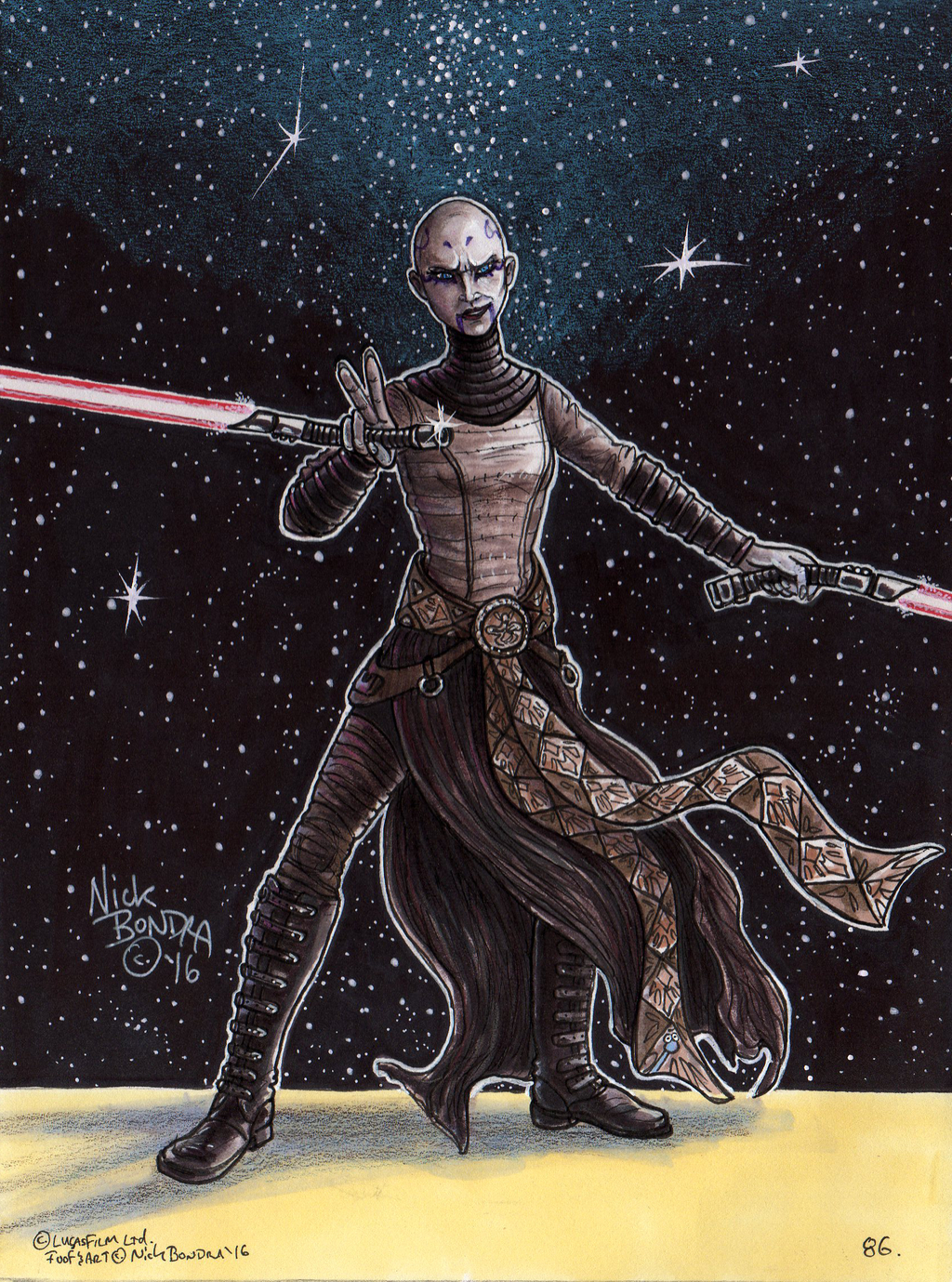 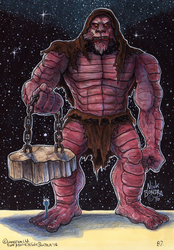 Here's the lovely Asajj Ventress of " Star Wars, The Clone Wars " fame. I've accumulated a lot more Asajj Ventress figures & dolls & doodads than I realized so, I used chunks of each one for reference. I was aiming for her appearance in the original, traditionally animated " Clone Wars " cartoon with the face of the CG version of the show. Although, in the CG series, right before Darth Sidious told Count Dooku to take her out of the picture, she dug an outfit similar to this one out of her wardrobe again. All that aside, George Lucas sure does love his bald, pasty woman. I think I've counted at least 4 of them throughout all of Star-Warsdom. :D