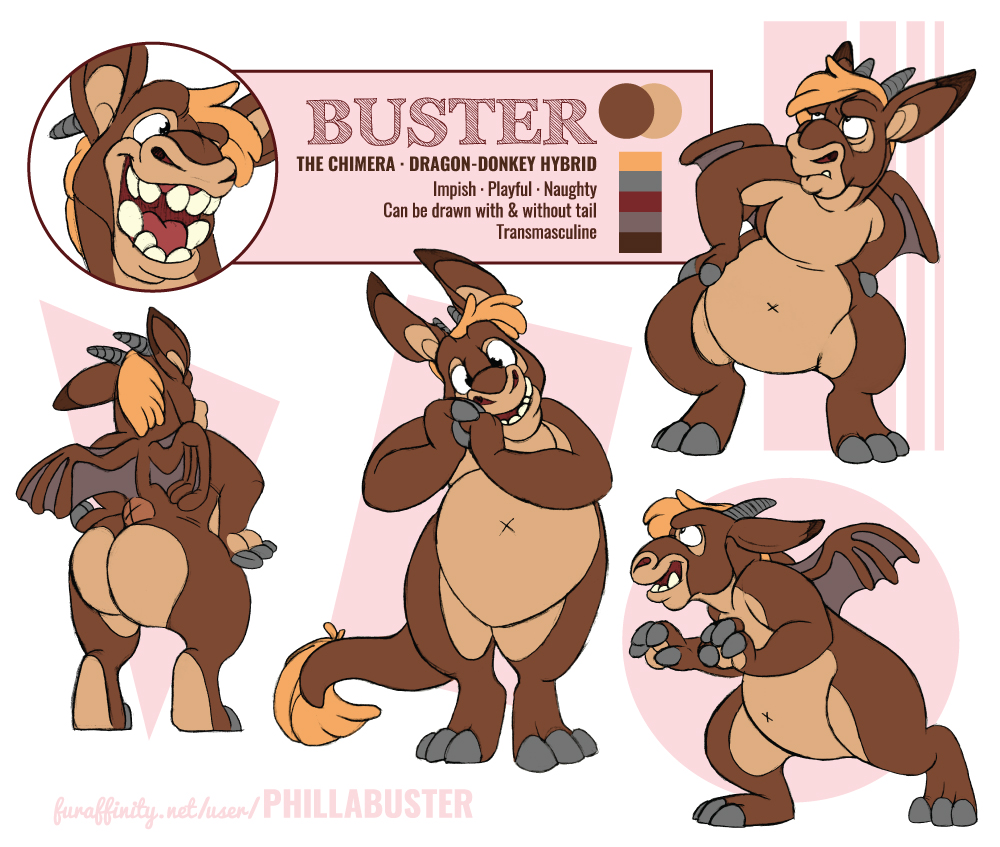 Honestly I have no reason to make this, other than I super wanted to.

Anyway, there's not a whole lot of backstory to Buster, except that he belongs to my fiancee's character, PeeRex, but if you ask her nicely, she's bound to lend out her little boy toy to anyone who asks. Be careful, though- chimeras are crazy little critters and require confident handlers!~

Buster's officially demisexual, and shy about the fact that he's a post-op transman. And, of course, most importantly, a massive spankophile. (Shocking, I know.) It'll take a lot to properly punish him, but that just means any hellbent top can feel free to really let him have it!

Gosh this was a lot of fun. I may whip some up for other folks! I guess Lightning should probably get his own sometime.