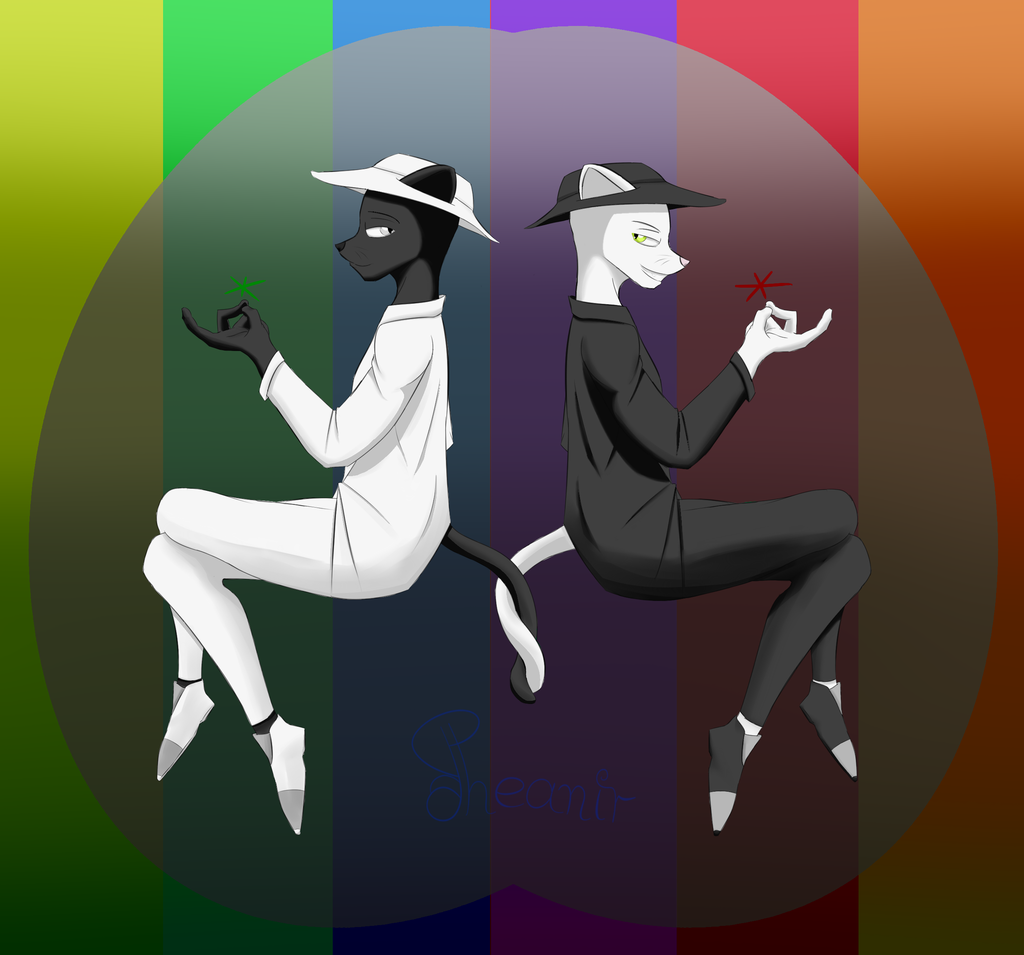 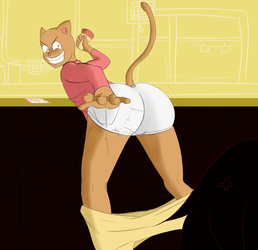 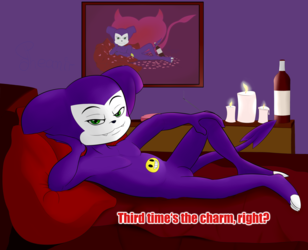 My original anthro cat twin brothers.
Wuan is the black one wearing white, Nyei the white one wearing black.
Wuan is the more collected, charming and thoughtful one of them, Nyei is more mastermind-ish, impulsive and daring.
Nevertheless they love each other as brothers. They also wear each other's fur/skin color as their clothes' color to show that.

It was about time I gave them a makeover. I like to imagine them as a couple of thieves who work with charm, finesse and smarts. Being felines makes then pretty agile and "slippery", too. ;)
Oh, by the way, Wuan is able to cast deceiving illusions (physical and mental) while Nyei can manipulate light refractions. Pretty neat abilites for thieves I would say.