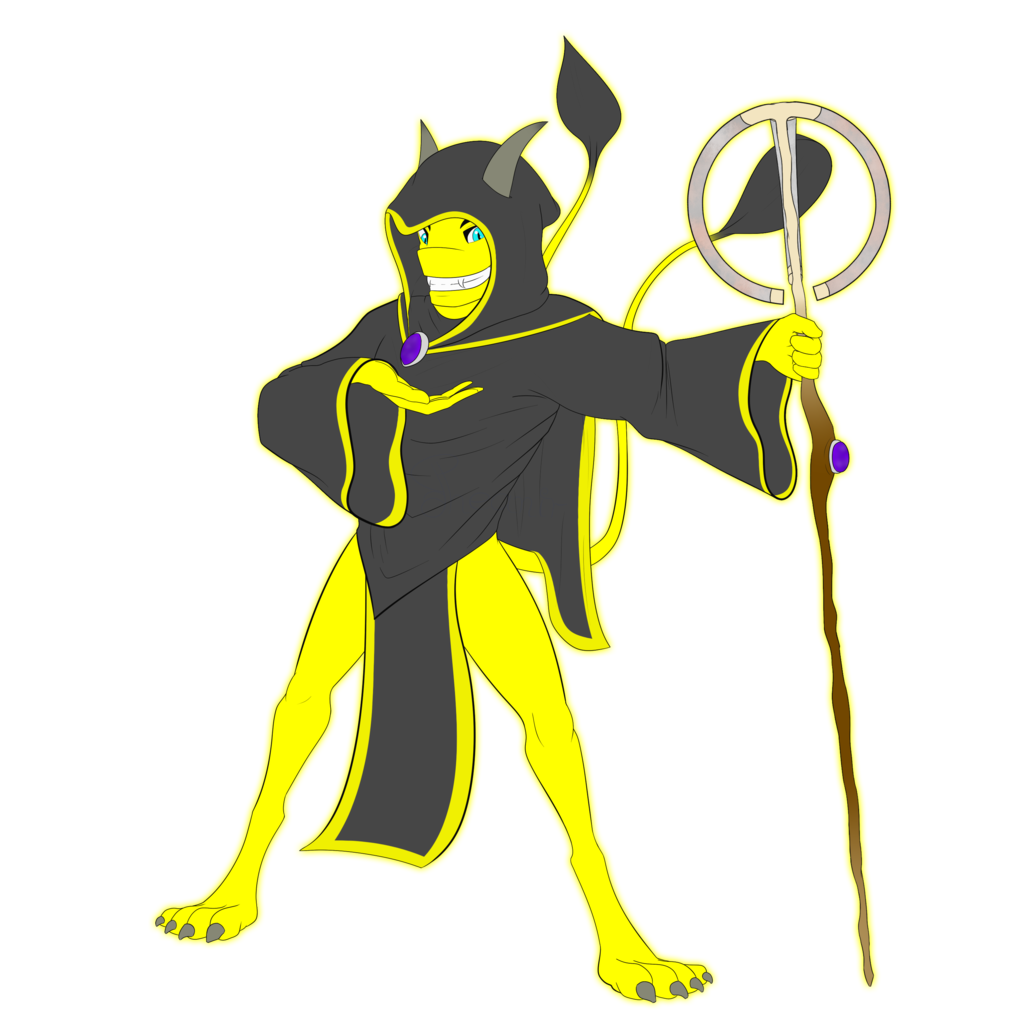 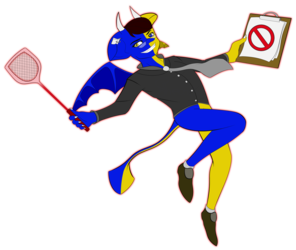 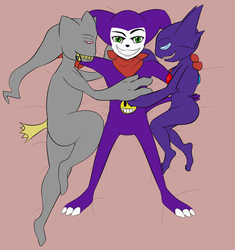 This is Drabru Prisnak, the conniver. His title is part of his name and he gets easily irritated when people adress him without it.
He actually has a short background story I'd like to share:

He is a grand master magician who has spent over 400 years of studying magic. His first master wasn't interested in an imp-servant so he decided to give Drabru the task to study all kinds of magic known. Eventually the imp turned out to be exceptionally talented with magic... but his master wouldn't care. So - after being sealed into a library full of magic tomes and a special ground to practice spells for this long - Drabru's master was killed and their master-servant-contract was completed.
By the way: After already 25 years of his imprisonment Drabru was allowed to have a second name because his powers had increased so rapidly. After his master's death, he deserted and became a lone wolf who did not want to be betrayed by a master again. His superiors from the demon realm, though, grew tired of their game of cat and mouse, so they gave Drabru two options: Getting a new master or being eradicated. At that time, he was given the title "the conniver".
Luckily for Drabru, there was an even mightier imp - one with fancy, bright clothes and a bow tie - who gladly accepted him as his head minion. It would turn out that their relationship would be advantageous for both sides... in more ways than one.

He is the stage 5 boss of my current music project. (As usual, the project is originally inspired by the Touhou Project.)
"CEoMI" stands for "Chaotic Empire of Mischievous Imps" and is a fun project of mine, which includes music - and this time also artwork in the form of character portraits.

In CEoMI an imp's power can be recognized by their names.
The more parts of a name there are the more dangerous they get (first name, family name, nobility title, etc.)

(His theme can be listened to here: https://soundcloud.com/pheanir/ceomi-stage-5-boss-the-grand-master-magician-imp/s-MRbMs )

Artwork and character © to me.