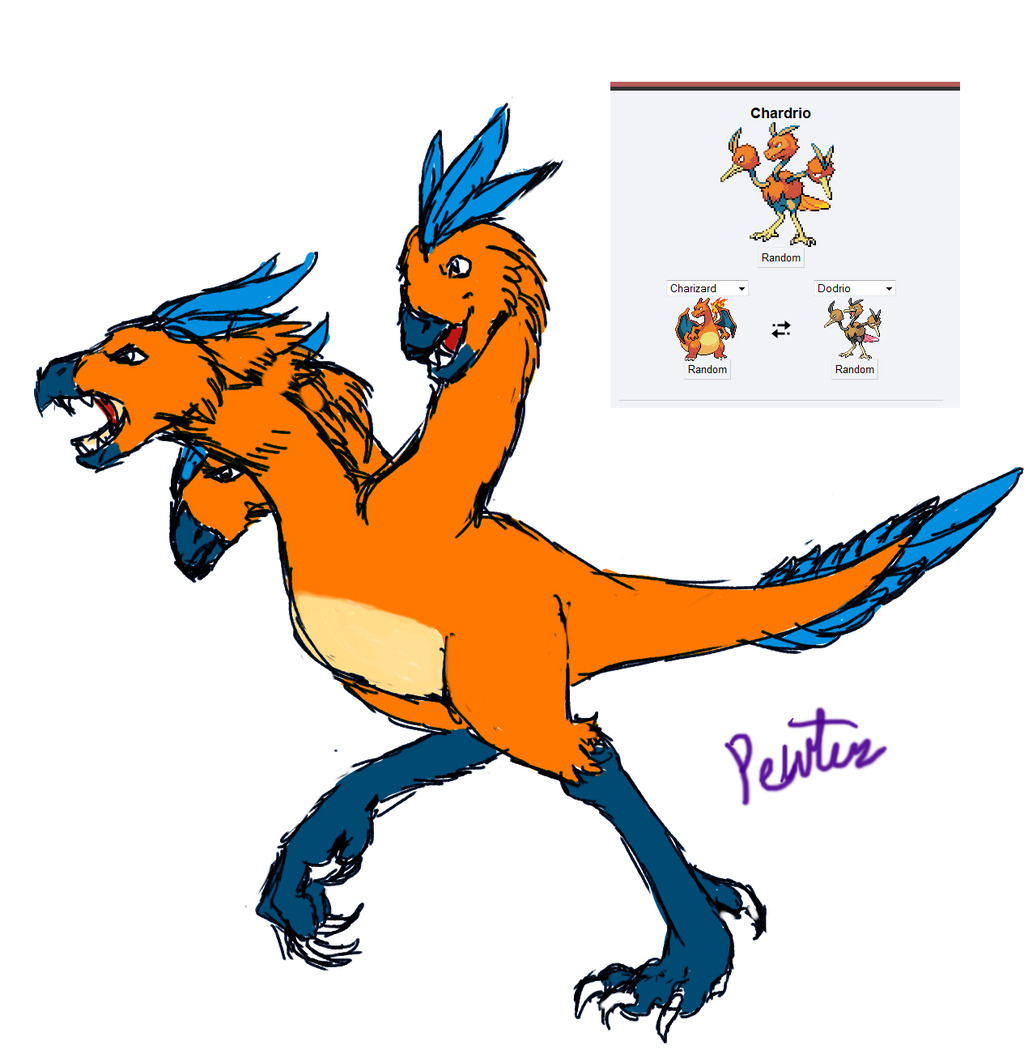 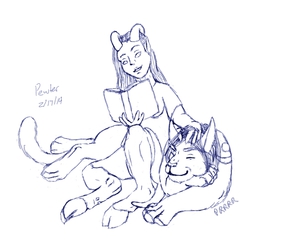 On rare occasions, when breeding is discovered between a Charizard and a Dodrio, this curious species of Pokemon can be observed. Chardrio has been observed preying on smaller Pokemon in the surrounding area. Despite its startling plumage, it is able to hide in the brush long enough to get close to its prey. On many occasions, Chardrio can easily run down its prey. Whenever the prey does start pulling ahead, however, Chardrio will unleash a Flame Burst attack from each of its heads in an effort to weaken and trip up the prey for capture.

This is actually one of my favorite Pokefusions because I love giant terrifying birds (mostly because they are now extinct and can't eat me. ^^;). I know it looks a little different from the fusion colors, but this is how I see it. :)