My Little Enterprise by PetMachine 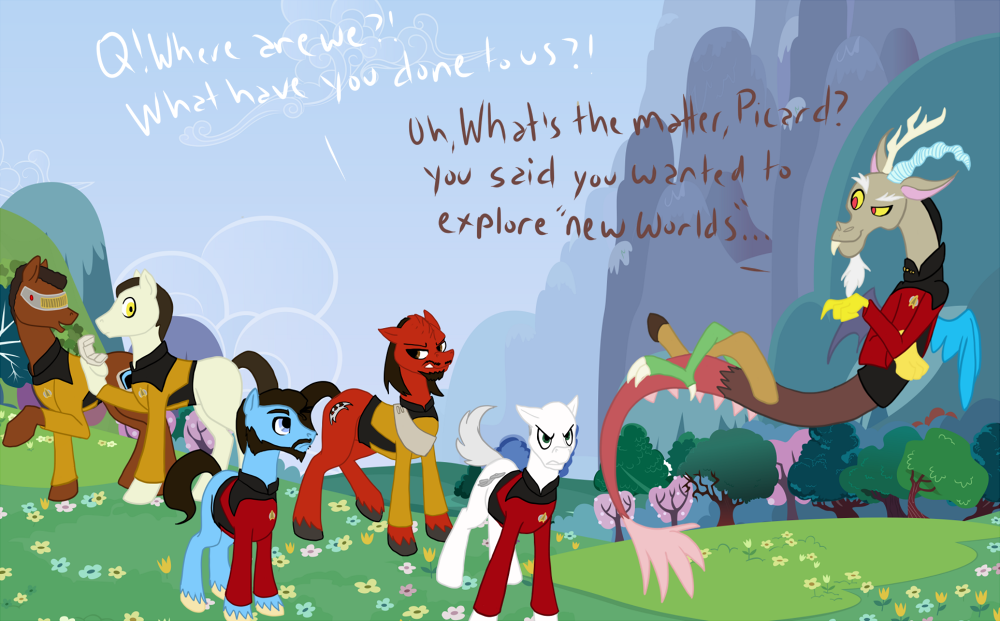 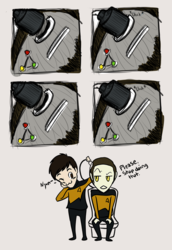 A silly crossover thing I did for tumblr a few months back. Heh I just like my personal headcanon that Discord IS Q (played by the same actor anyway), since he's omnipotent and can go where ever he wants to and look however he wants. Why wouldn't he cause trouble in some nicey nice nice pony planet? Anyway, so yeah.

The only part of this I did not do was the background, which came from here: