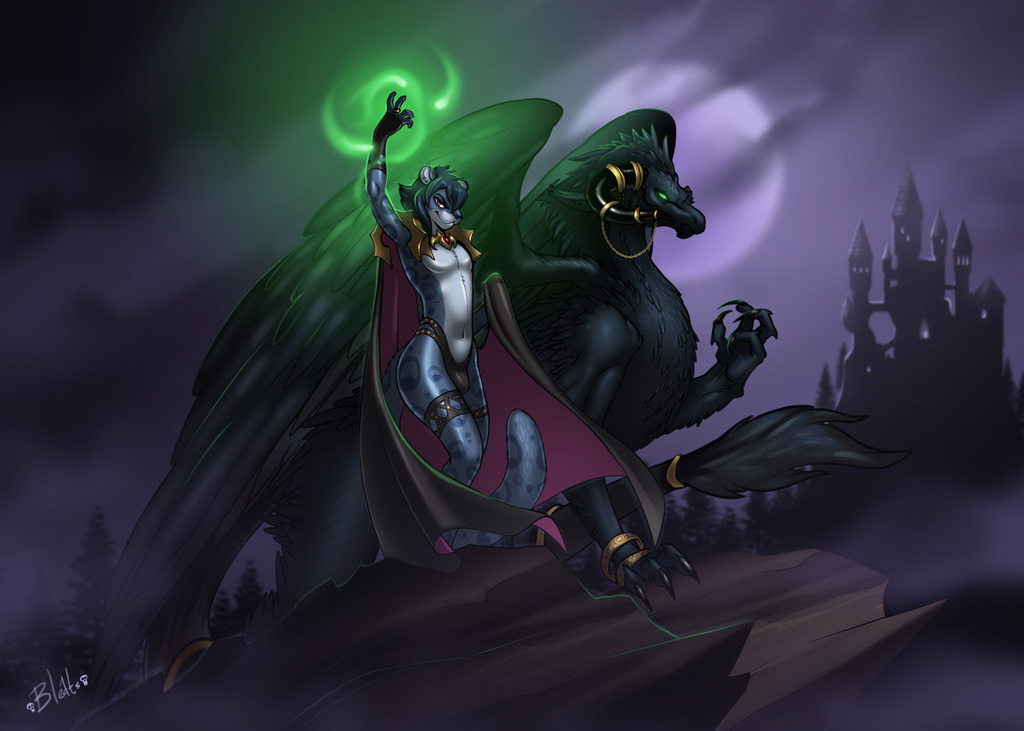 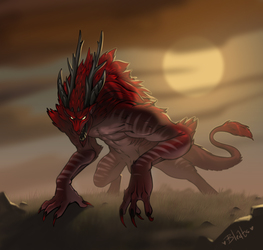 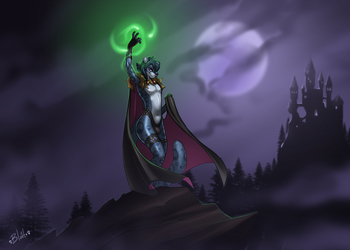 Here are the two main characters to my high powered magic centric RP Wrath Blazeon. Jalle is the sorcerer in the foreground. A power hungry apprentice attending a school of magic in a world driven by Magocracy. Wizards form class tiers and rule the upper crust of society. But Jalle is no ordinary sorcerer, he craves power without limit and his lust (in more ways than one) draws the attention of a fabled being. When Jalle conducts his familiar ritual for class, he gets more than he bargained for! He summons Ruin Emperor Pentazer; Drinker of the Dark, 7th Lord of Drakellachia, King of Dragons and master of Dark Blazeon. Defeated in 1488 by the Dark Slayer champion Ghlastvald at the battle of Dragon Castle Firegate. His spirit returned by force of will answering the call for Jalle’s thirst for power (among...other things <v< cough). Now the sorcerer’s magic is driven by the Dark Blazeon of the abyssal dragon. The cat needs the dragon to achieve his goals of power. The dragon needs the cat to revive his kingdom of darkness and exact his revenge upon the world.

The two are big egos, butting heads, but requiring each other to survive and endure the dangerous world. This uses my home brew modification of GURPS called G++ and has the magic system custom tweaked to totally be high powered (think The Slayers).