"Fly with me" by Pearlsnake 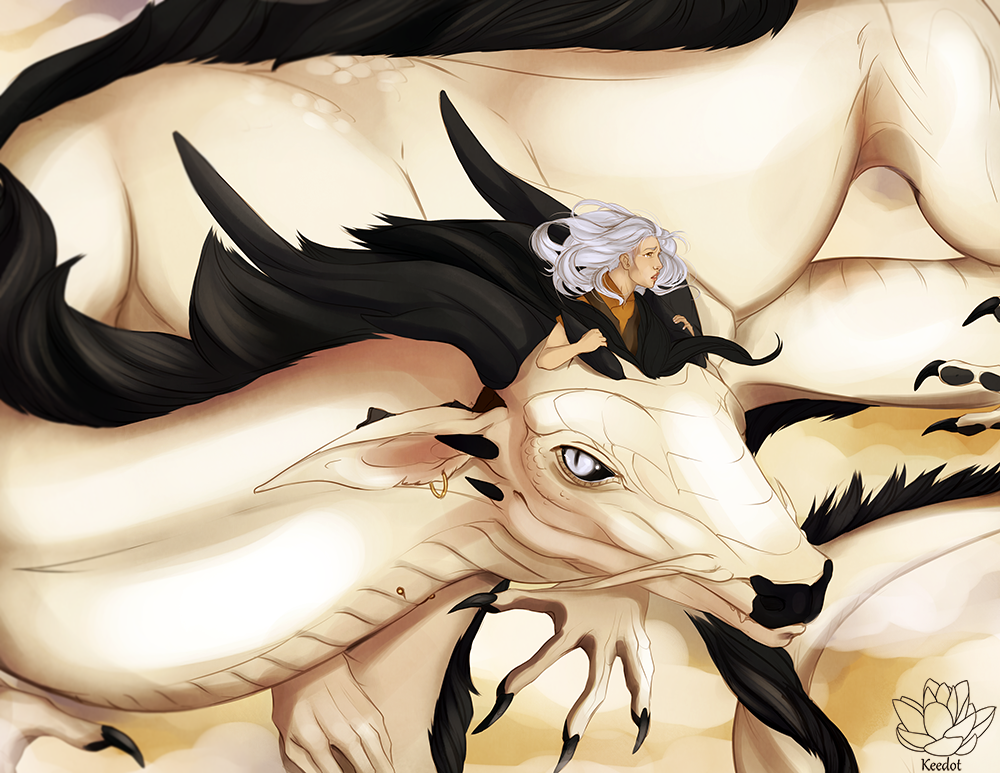 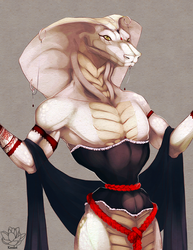 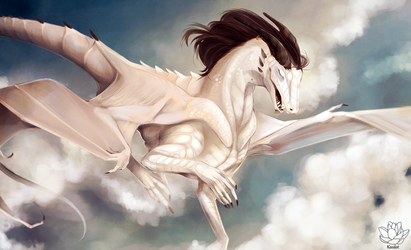 "I can't," the dragoness looked at him, turned her head away in embarrassment.

"I'll teach you." His voice rumbled, confident. Until that day she had thought him a land dragon, with his long body and the obvious lack of wings. How could he fly, or teach her, when he had no wings? She backed away a step, then two, shaking her head. "I can't," she repeated, not wanting to find out if he could grow wings. Her form slowly shrunk, reverting to her human shape. He lifted a brow and shifted, picking her up, enveloping her in a large but surprisingly gentle paw. She was frozen with surprise and fear and didn't even struggle as he simply deposited her between his horns.

The white dragon gave her no time to react. He sprang forward into a run and she barely had time to grip the smaller pair of horns before he leaped, surging up and away from the safety of the ground. A twist, a wriggle, (her scream lost somewhere at the back of her throat) and they were suddenly impossibly high. When she opened her eyes again her only reaction was a choked whimper, her brain questioning how it was possible to remain up in the air with nothing but a now gentle undulation.

If she wasn't trying to keep a death grip on his horns, she might have considered hitting him on the head. She would when they landed. Hard.

ashascadence. Domino is mine. This is counter gift arts because she makes me pretties and shinies and bears with my weird self on skype. The short story is mine. I'm awful at writing and you shouldn't say anything :p just enjoy lolol.

For a bit of background. Asha is afraid of heights and has never learned to fly, even though she has quite a pair of stunning wings. I figure Domino doesn't know (or doesn't care) that's she's afraid of heights and that's why she says that she can't. He takes her flying anyway. I might doodle her conking him on the head for his troubles because it would be funny.