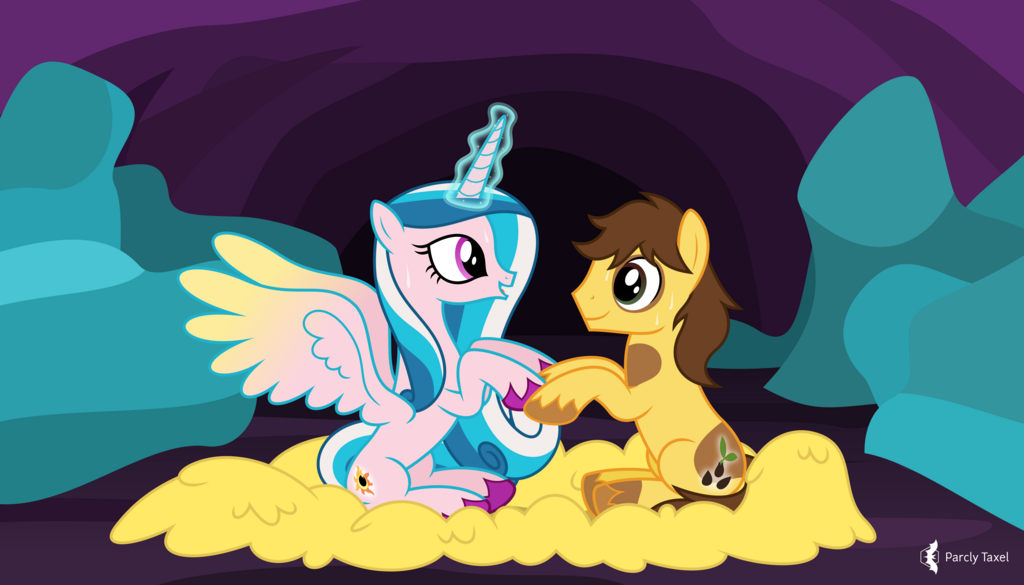 It is not often that you can reuse a background between different pictures, but I found such an opportunity for this March monthly reward for Starponys – a few rocks were thrown in to match the request. The glowing cutie marks originally had the glow path in front, closer to the show, but I was told to move them to the back, which allowed for some simplification.

For rewards like this every month check out my Pixiv Fanbox.