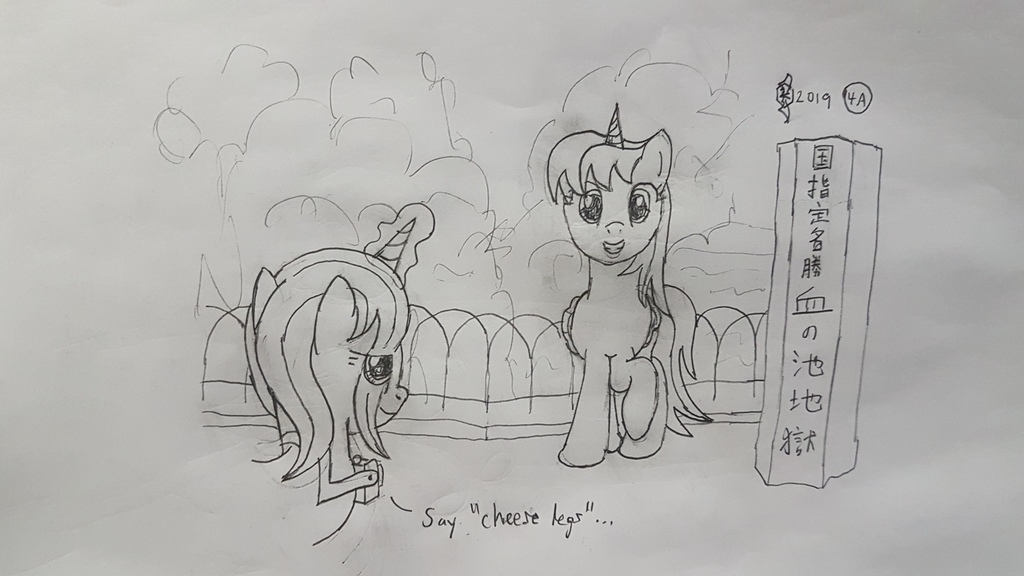 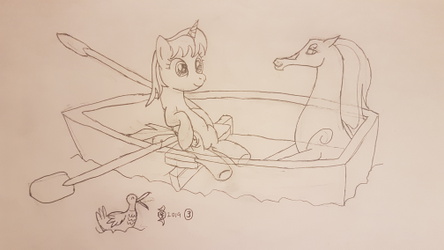 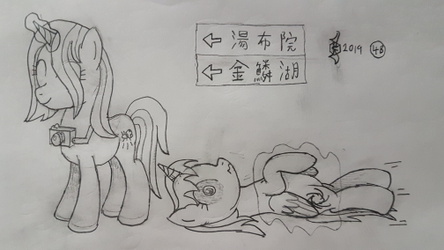 Twilight Sparkle: A windigo does not feed on hatred only at the point of hunting for prey. They are scavengers, always looking out for ponies (or other species that can willingly feel hatred) fighting with each other over something, be it in a pub, the open streets or the cold, cold mountains. They announce their presence by rapid chilling of a large volume of surrounding air, faster than a cold front blowing over Ponyville.

Parcly Taxel: I woke up feeling a "hole" in my heart of ice. The outside weather was naturally colder than usual, so it could not have been a gradual release of whatever negative emotions Spindle felt the previous day – after all we hadn't passed by very many ponies. Peering at the other bed I saw only a crumpled blanket, motionless and ice-free.

Spindle: I had left for a quick onsen session by myself, where the sheer heat of its waters stretched my body thin across the surface, intermingling with rising steam; I recondensed at the ceiling with all my internal tensions "distilled away". Then I gave Parcly a telepathic call, saying I was back in our room, but she was already downstairs for buffet breakfast.

Parcly: I had my breakfast coupon in hoof, but Spindle was nowhere to be seen eating, so I went back up to fetch her. We then had breakfast as usual; at one point I put too much magical pressure on an egg and it burst in my face. This brought to mind the tale of Percy Spencer, the inventor of the microwave oven who had a similar experience, whereupon Spindle rubbed away the egg white.

Spindle: Our high-level plan for the Kyushu part of our holiday involved circling the island. Having checked out of the inn, we plotted a few waypoints en route to our next accommodation. The first seven formed the "hells" of Beppu, very hot ponds sculpted out of natural features. In the order we visited:

At the third "hell" listed here one of the staff demonstrated a neat little trick. The water in each pond is very close to boiling point and vapour escapes easily. By blowing on a lighted match into the water it is possible to superheat it beyond 100 °C for a short time before it boils under the influence of natural air currents. The visual result is a fan of smoke emanating from where the match was blown.

Queen Chrysalis: I find Japanese ponies the easiest for me to change forms into. Outward personality and implicit understanding pervade the culture here; there are few secrets I have to puzzle out. For example, a statue with two horns and long hair is automatically assumed to be an oni (鬼), commonly associated with the Beppu "hells" and certain onsen around the country.