Fursuiting in Parque Metropolitano by pandapaco 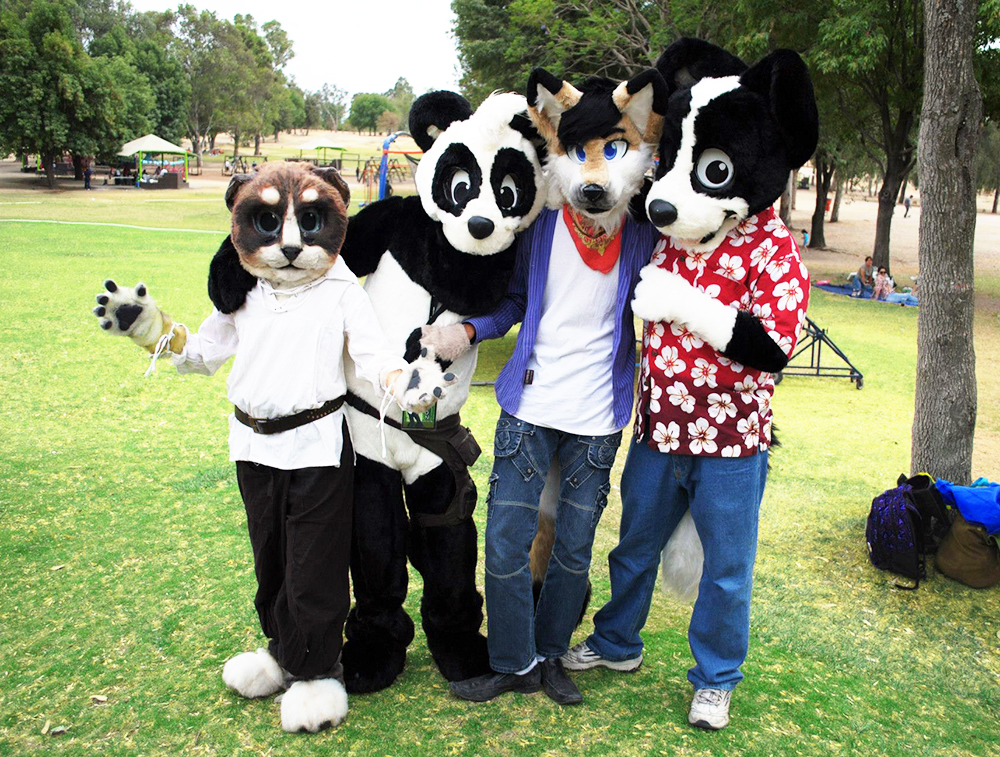 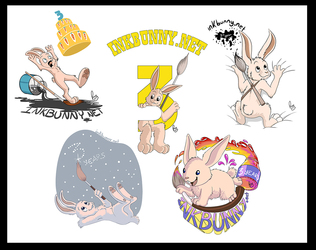 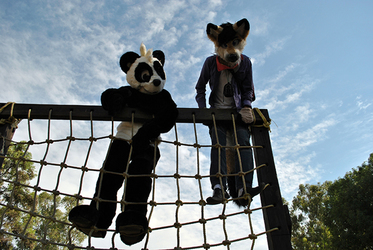 Was a really great day, and the most tired ever with the fursuit until now!! A lot of adventures that day in Parque metropolitano, a park near Guadalajara, Mexico.

We aren't just fursuiters that day, but the guys with fursuits were Milton the dog (absentee in this picture, but in the other pictures you can see him), Kendell the little cat (Zhiibe is insite, he is her character), Parinton the panda (me), Sky the fox-wolf, and Roni the border collie.

We rented a jumper, was really tired jumping with a fursuit. But that was the begining of that day: after that, we went to swings and slides in the park, there were a lot of kids, who was enjoying the time with us.

If you want to see more pictures...I won't submit all of them in my galleries, it's better that you downloaded in this link and enjoy: