The Careful Giant Fox by pandapaco 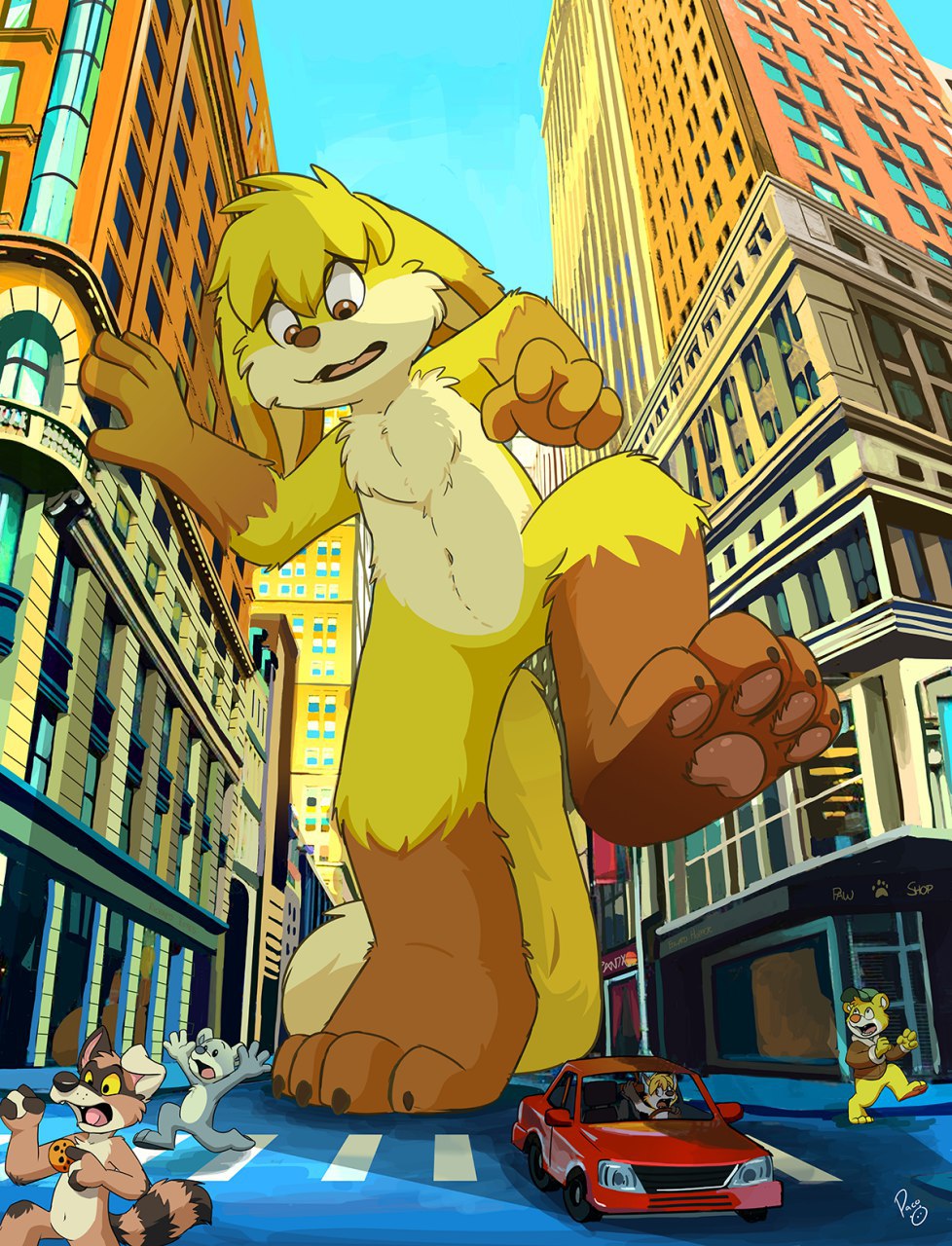 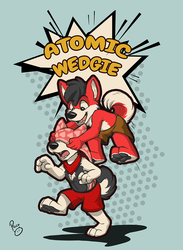 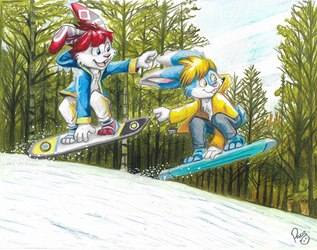 During a commissions stream I did in October, I accepted a last picture. It was a time I needed money so I decided to accept a bunch of commissions to do during a live-stream, I had been working for more than 12 hours, and my workaholic personality made me accept one more. Many people were there, watching me drawing, and they were also worrying that I hadn't stopped for hours, but this last commission raised a higher quantity on the auction for the last slot, so he deserved something big, something detailed, something unique. But I was getting very tired, it was going to be hard to do something that quality without fainting. But I was very concerned that if I stopped right there, I couldn't do this work until many months later.

But IanKeaton, the winner of that last slot, allowed me to leave that commission for later. I appreciated that a lot, and even if I could worked on it until January, I decided to do something really detailed, not only to thank him, because he really deserved it.

Poor fox, he's really trying to not hurt or damage anyone or anything. Hard for someone his size.

Who are the characters who are running from the giant fox?
I picked some random viewers on the live-stream, well, to be more fair, I asked "who wants to be on this scene?", it was kind of late, so even if I had +50 viewers according statics, not many people were really watching and were active on the chat, so I only received 4 messages saying "me!". They were: Steven Roy :iconstevenroy: (who chose to include Crisp, the Coyocoon), OreoFish (including their character Fuzzball), TJ Fluff, and

I spent lot of time working on the background, when I finished it, I worried that people could think it is an over-saturated photography and I just drew the characters there. Because that's not the case. You can zoom closer to the buildings and see the brushes.

Of course I used real photographies for reference, I'm not an architect to know how buildings need to be built, but inspired by many photographies of NYC, excluding those famous buildings, I could build a collage of them. Then I traced my vanish point, and of course I took advantage of the amazing tools for perspective that Photoshop includes, so I don't need to break my mind making thousand of lines.
I broke a little bit the perspective, making a second vanish point for the top of the highest building, that way make it a little bit unrealistic.

But I think the hardest work, and where I'm more proud of it, is not how accurate are the buildings and perspective, but about the colors.

Have you ever had a dream, where everything feels so surreal, that, even if it didn't happen anything serious on it, you have it stuck in your head for a long time.
Long time ago, I had a weird dream where all the colors were strange, everything looked pretty normal, it was a parade on a very small town (don't imagine something like Macy's), but I was scared how all the colors looked different than usual.

I had those pictures in my mind for long time, but I couldn't recreate them on a painting, I tried to use only over saturated colors but that was not exactly what I saw. But suddenly, walking through an art museum, I saw two artists who could recreate exactly that feeling of that dream, where everything looks normal but with different colors, one of them is very famous for one of his master pieces: Edward Hopper, and the other one is Richard Estes.

I analyzed what exactly they did to make those strange colors in something that indeed exists, adding that feeling I had in my dream. And I think this is the closest I could reach to that picture in my mind. At least in colors, because my dream was not about a macro fox trying to not step anyone.

I spent working on this about 3 whole days, divided in many weeks. Hope you like it n__n