Miraj the Pooka by pandapaco 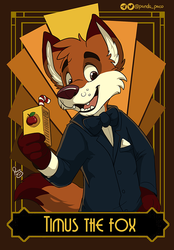 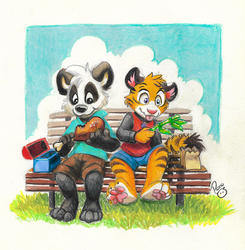 Miraj is 14-year-old pooka who hails from the Sultanate of Persia. His fur is very similar to his surroundings. As such he is camouflaged quite well in the desert of the Middle East. Miraj measures approximately 5'3''/160 cm and weighs approximately 100 lbs/45.25kg. He has crimson orange hair and walks upright on two digitgrade paws. His ears are long and floppy, as is typical for a rabbit of his species.

He's a new character for Pent.

Long time ago I hadn't done a ref sheet, that I was lazy to do a classic ref sheet, so I decided to make poses with mini backgrounds like if they were illustrations. Inspired on some cool Asian artists that do the same. And trying the same cool way they do backgrounds.
This was not a commission, it was a Patreon reward. (https://www.patreon.com/pandapaco)