Freddy Fox and friends by pandapaco 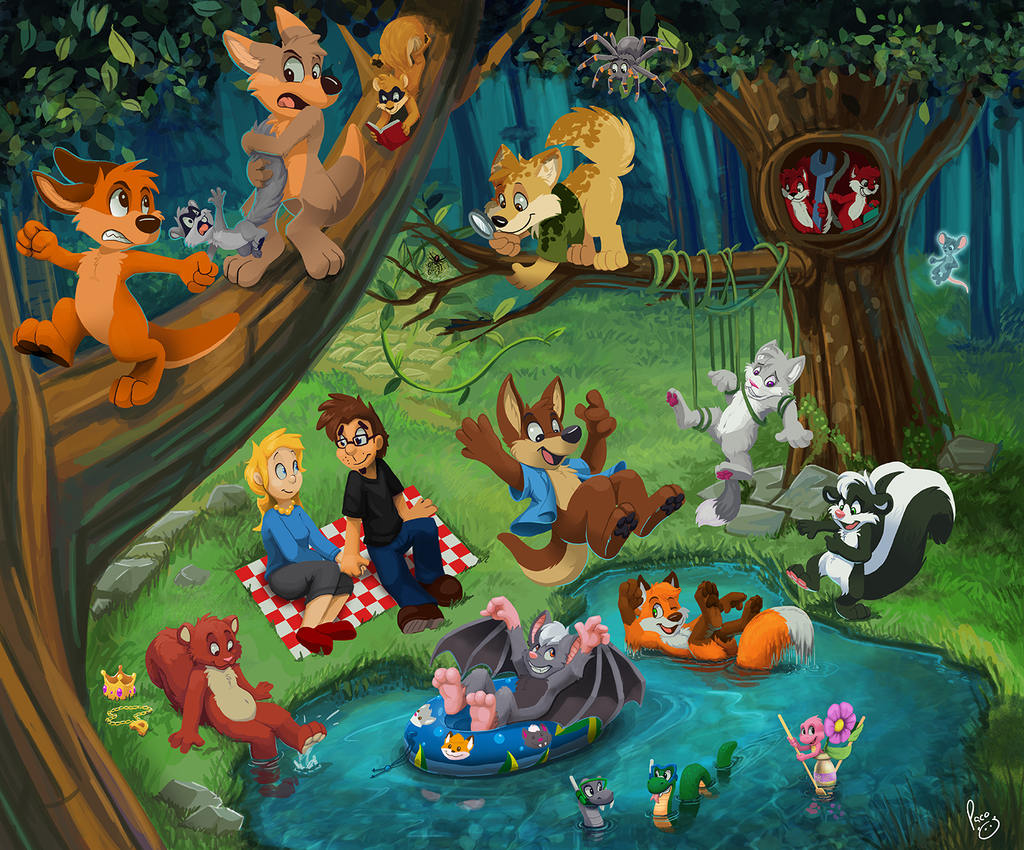 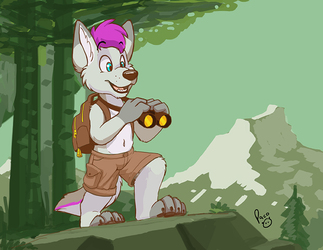 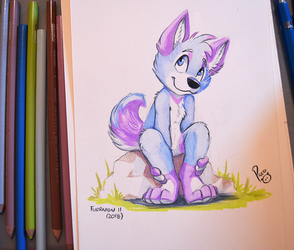 This not only has been the picture with more characters I've ever done, also is the painting I've taken the longest.

It is a huge picture for my friend

hukley, who recently I had the big pleasure to met him in person, and he's a great person and an amazing host. Loved so much his country (Switzerland) and the good company looking those incredible landscapes. Very inspiring.

Well, talking about the picture, they are all the cast from his webcomic "Freddy Fox", which I highly recommend you to read: http://www.freddyfoxcomic.com/

They are, from left to right, top to bottom:

Jack and Joe (the young kangaroos fighting for the squirrel), Garry and Barry (Garry is the gray squirrel tormented by the roos, Barry is who is reading a book peacefully), Dammien (the exlorer dingo), Tatum (the big tarantula behind the dingo), Sheldon and Sammy (the red squirrels in the tree, preparing malevolent plans to conquer the world), Morty (the ghost mouse), the Emperor Diss (the big squirrel seating on the shore of the lake), Angie and Simon (the humans in love), Kody (the big kangaroo, jumping to the lake), Cathy (the jinx cat tied on the lianas), Sebastian (the shy skunk doubting if go swimming or not), Bea (the bat, or the australian flying fox), Freddy (that handsome fox, the main character of the comic, the cool guy!), Melvin and Steve (the gray and green snakes diving), Lizzy and Flower (the pink lizard and...the flower).

Take your time to read this funny comic, also fav and share this picture because it took me long time!! >____< so....LOVE IT!!

The comic is also available in English, German, Italian and Spanish.