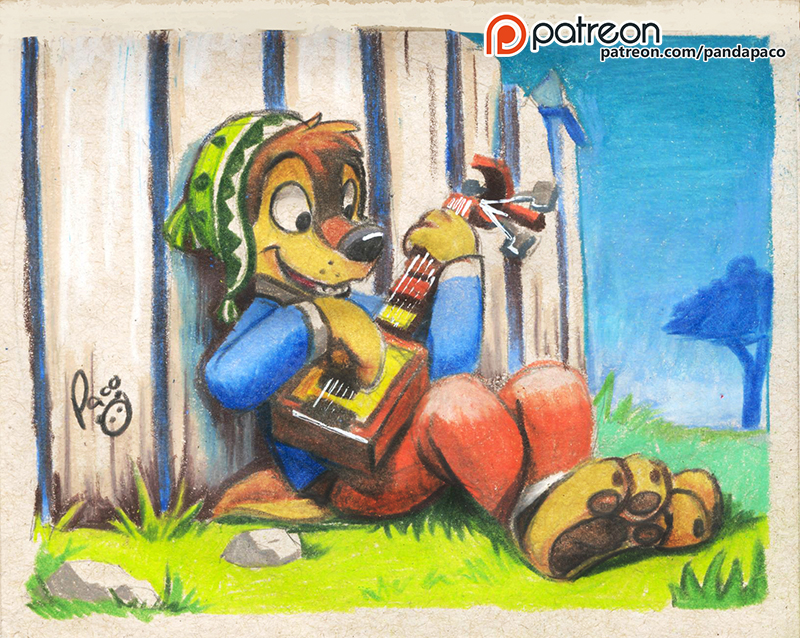 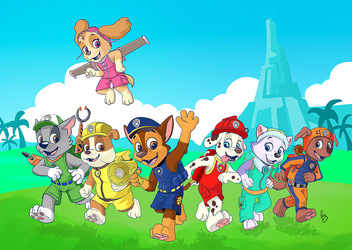 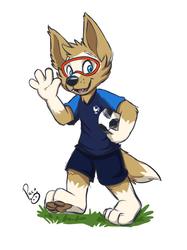 Personally I LOVE so much this movie: Rock dog.

And I considered the main character, Bodie, as a really cute character, very innocent all the time, but with reasons of his innocence, he lived very aparted from everything, only trying to keep the herd safe. But what he only wants to do was playing music.

This year seemed to be the year of the movies "reach your dreams, go and play music", but on a very lovely way.
I know that Coco is not released in many countries yet, it is already out in Mexico now, and I watched it twice, it is an excellent movie that I highly recommend everyone to go and watch.

And Rock Dog will be definitely one of my top 10 movies from this year (Maybe is from last year, but in Mexico was released until 2017)

This pic was a request for Argolan, as a Patreon reward.