Jack and the trail by pandapaco 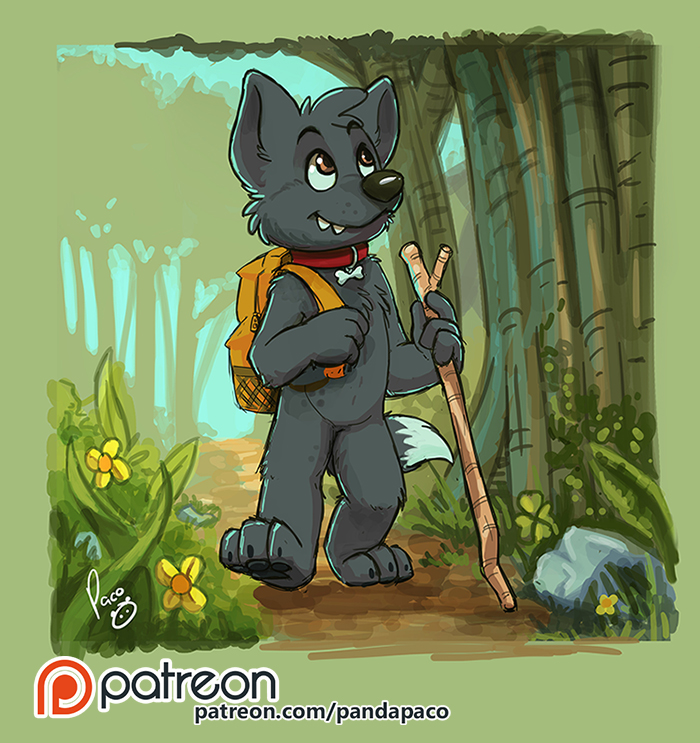 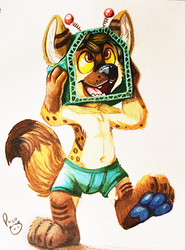 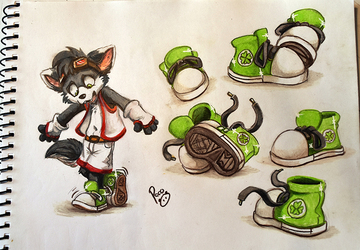 Jack and the trail

This pic was another reward for Patreon, Argolan was the monthly winner for a free digital pic, and this is it.

I'm introducing his fursona for first time, his name is Jack, a black dog.

At first, I just did the sketch of the character, and I decided to keep that sketch and work over it, instead creating a new layer. That's why the character looks kind of sketchy.
Then... I thought he needed a background, he looked he was hiking, so a nature path would look good on it. Instead drawing some trees, I wanted to experiment a little, filling the canvas with green and painting the sky with blue. All the rest of the backgroun was appearing for itself, like if the trees knew where exactly they needed to be, as the same as that rock, the flowers, the bushes... This was really interesting to create. And suddenly I checked the time and it as 4 am. Damn, how fast time runs!!

Support my webcomic Art and Biro on Patreon, and you can get a reward like this one n__n