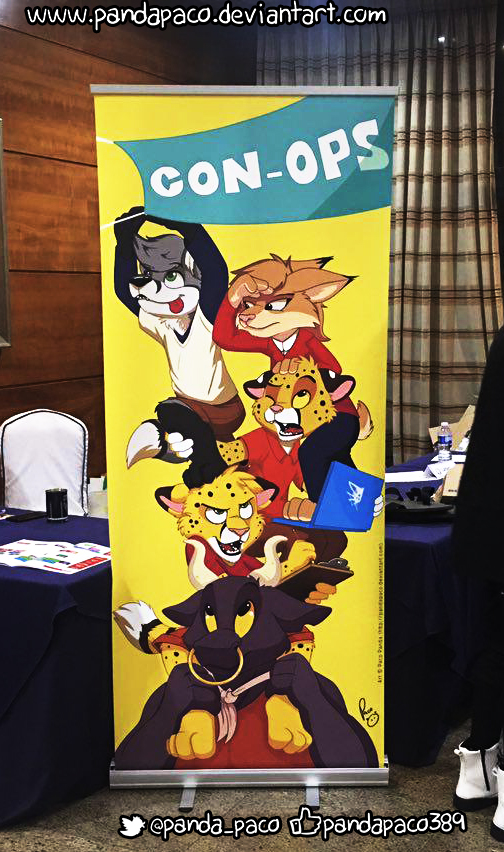 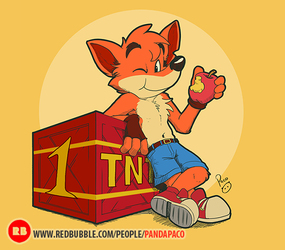 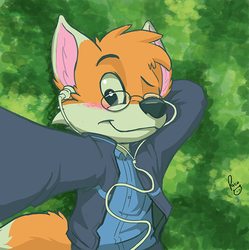 Many months ago I did this picture for the Furrnion (the first furry convention on Madrid), but I wanted to save it until the convention was running. And...this is the weekend the Furrnion is happening, and as I've seen on social networks and what some friends have told me, it is going on perfect. I wish I could be there.

I had no idea this piece was going to be on auction, but I was informed it was sold! Great! I didn't know conventions sold the art around the con, or doesn't this happen on every con?

I'm so happy that the very first Furrnion is going on well and hopefully I'll be there next year.

About this picture, the characters on this rollups are the mascots of the event (Bertin, the bull; and Doña Ana, the lynx), and some of the organizers: Tronchy (the wolf), S-Cheetah (the cheetah with the computer) hand chairman of the con

salmy (the cheetah with the checklist)