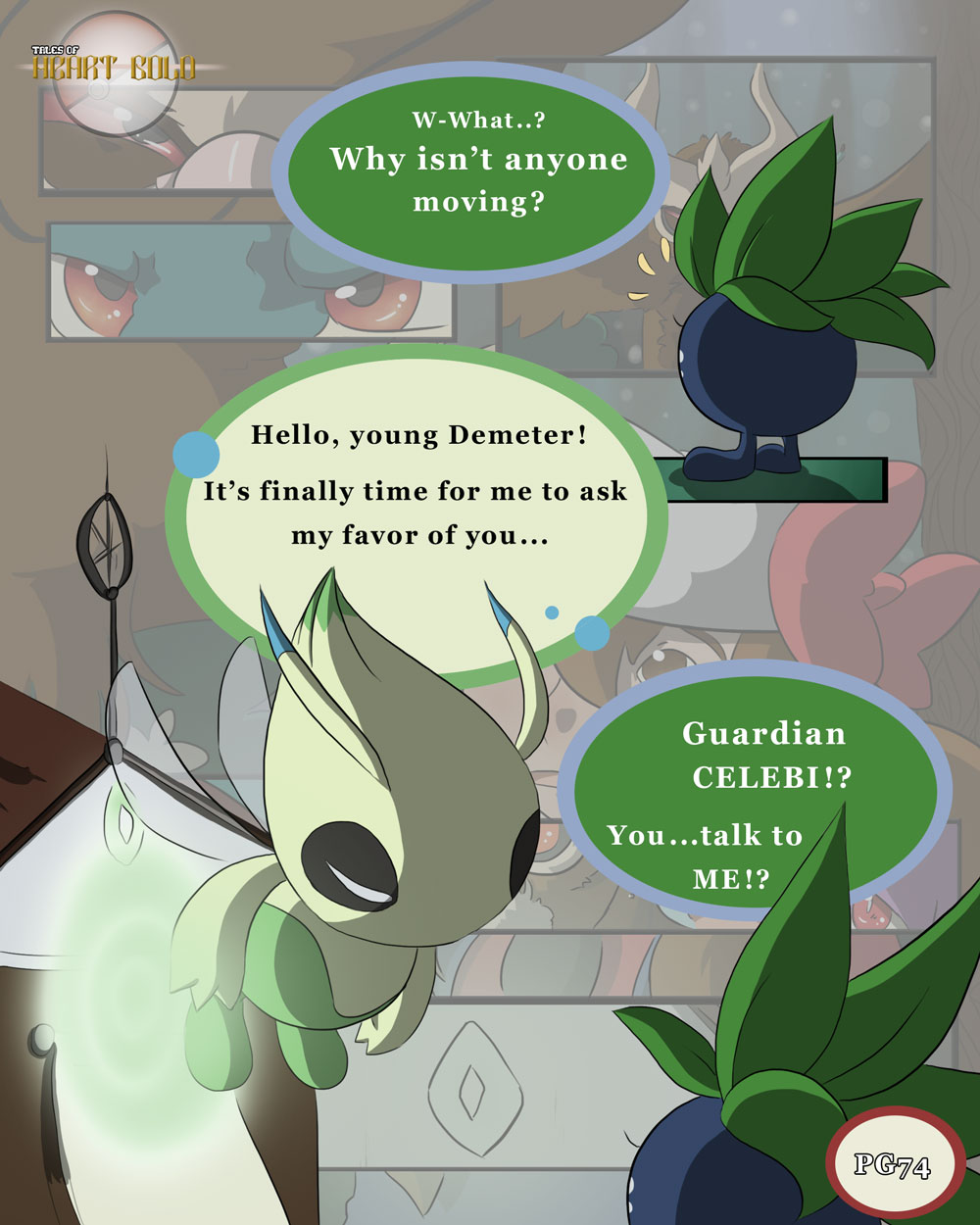 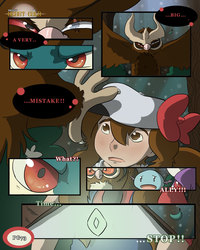 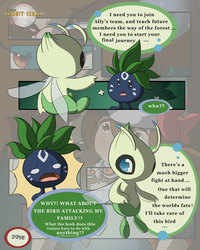 .3. FIRST LEGENDARY APPEARANCE.
As a little catch up for those who may be lost...

The poke'mon were stolen from their trainer their first night in Ilex Forest.
They won over the Gloom Chief's daughter, Demeter (or at least Artemis did).
The evil Noctowl would like to take over the entire forest and has plotted for a long time.
He takes his opportunity to steal Herme's trust. (He's hurt and confused over his feelings toward Artemis.)
Noctowl helps Hermes evolve and then plots an attack on the Oddish tribe.
Noctowl didn't tell Hermes his full intentions, and Hermes is against it, but knows Noctowl is strong.
Lokii is angry because the oddish have welcomed him to their home whille they were lost.
He(Lokii) goes against Noctowl, gets a bit beaten, but when Ally shows up, he evolves!
Because of Ally's interference, the Noctowl views her as a weak point for Lokii and attempts to attack her, but Celebi interferes and stops time.