I'm the one and only Pan Shepherd. Do I need to say more~? 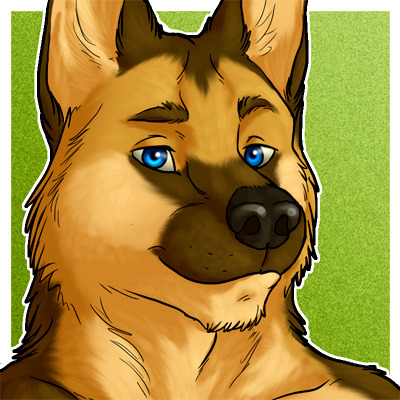 I was invited to try this site out by a friend from Fur Affinity. Now, I consider my self highly established over on FA, and I am comfortable over there. I've been using their site for a long time, but I also wanted to give this place a try. While I like Fur Affinity, it does lack features this site is boasting, that I find to be useful and quite interesting.

I really like the Characters section on this site for a users gallery. It allows me to feature characters with an actual character profile. That is a huge thing for me. I also like the friend system here. Instead of just following a user, you can actually have them on a friends list. Also very neat.

I hate to admit it as well, but I really like the invite only system. So far it's making it that the site has high quality art on it, and it helps filter out the riffraff, that sadly Fur Affinity is plagued with. While the admins do stuff there to prevent it, they can't devote their entire life to keeping the morons off the site, so they tend to slip though.

On the other hand, there are a few things I do find annoying about this site already, but I do understand their reasoning for it. The aggressive tagging system is annoying, but forcing it also means all art submitted here will have a given place, and won't just hang out in limbo like a lot of art tends to end up doing on Fur Affinity.

I'll be blunt. I hope this site takes off. While I am not going to leave FA, and I have no reason to, I hope this site becomes a useful alternative that turns out good, because frankly, I despise Ink Bunny. It's basically exile for the users kicked from FA is all it is.

And as a much larger note, I have decided to use this gallery to re-release old commissions of former characters