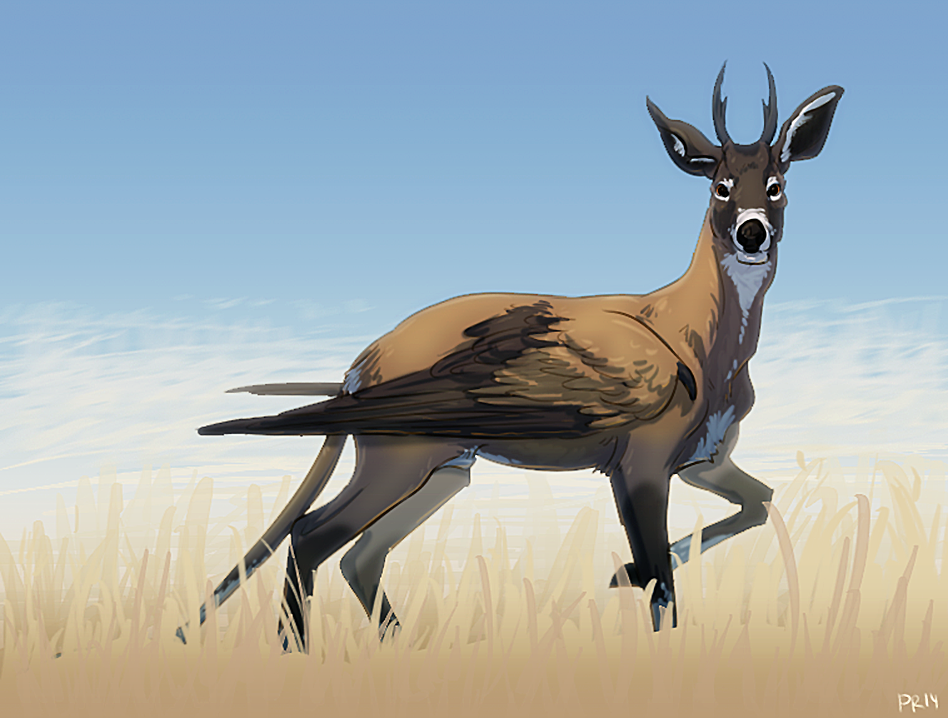 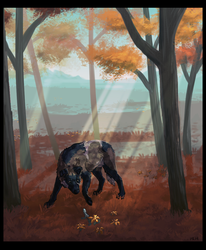 So I actually meant to post this last night (did so on dA, though), but this is the first sketch in what I'm calling "Sketch-a-Day September."

All during September (of this year, at least), I'll draw at least one thing a day, and post it. It may just be a colored sketch, or it may be something more complex, like this image (though it's far from what I'd call a "full piece."

This is a peryton (deer with wings, basically) character of mine, if you were wondering. Mostly was just trying to figure out his design with this, and I think I like it a good bit. He's mostly based off of a Roe deer, though he may have a bit of piebald coloration on him (because they naturally don't have so much white).

Anyways, these things are mostly done for fun and practice, so it's all fine and dandy for experimentation--which is what I did a bit with this.

Look forward to seeing something every day this month! :0 (though maybe won't be posted every day, here 'cause I may forget)