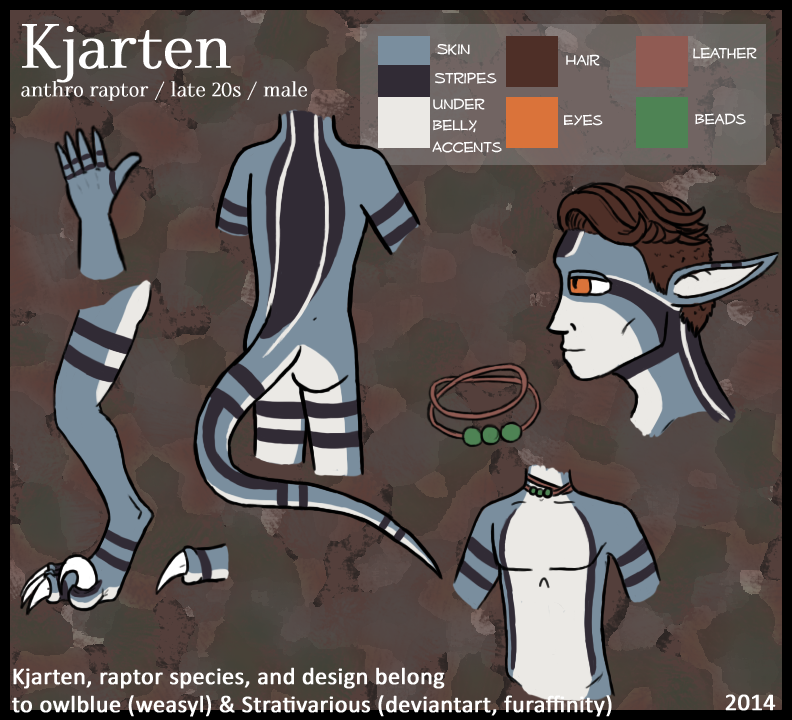 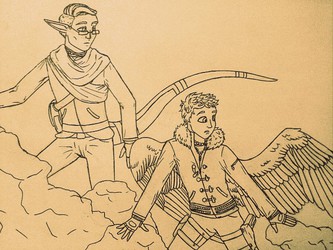 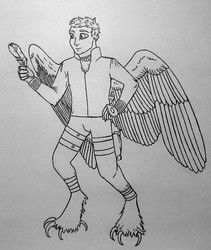 I've been working for a few days with random sketches and doodles, but I hunkered down for some digital work to create a general concept page. (I always think 'reference sheet' is such a finite idea, and so far I'm not completely sure his markings--especially facial ones--are going to stay this way.) (That and I'd rather create reference sheet poses and images on cardstock and skin them in, which I don't have and can't do.) Apparently my mind thought that it'd be easier to break his body up into chunks instead of trying to do a full body image. It also temporarily forgot how to draw raptor feet, so that'll be fun to practice again.

Also, that spot on his backside was supposed to be an indent in his skin, but just ended up looking like a spot. That's not a marking, just a bad skin indent.