Old Art - Sunset over the Horizon by owlblue 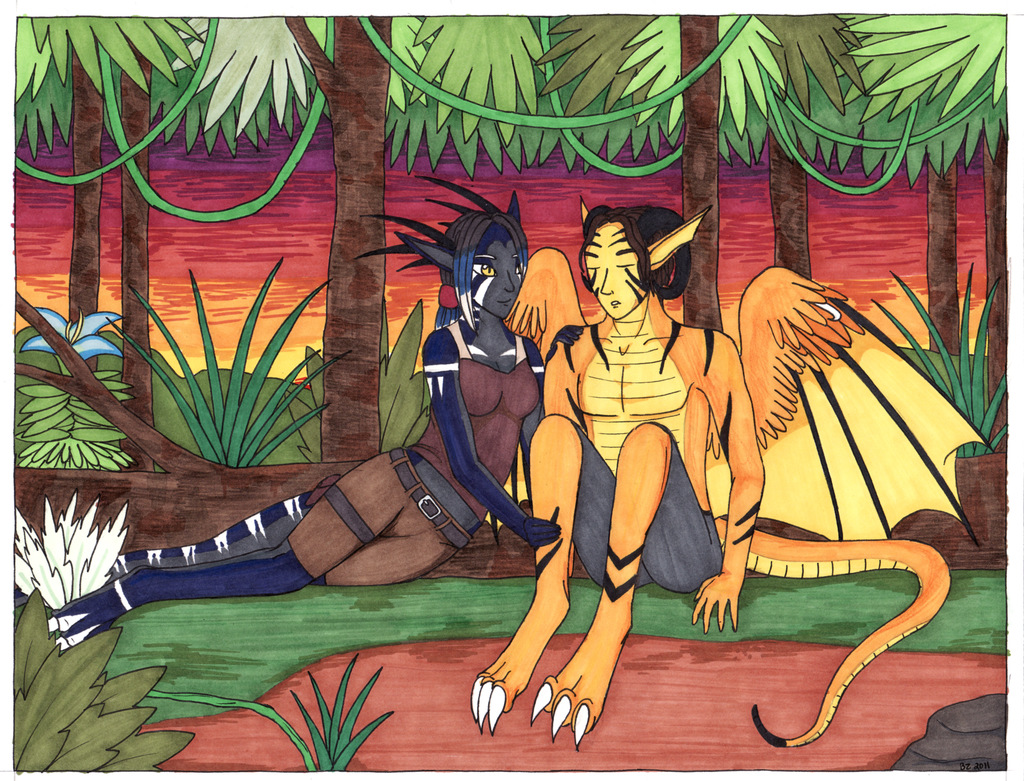 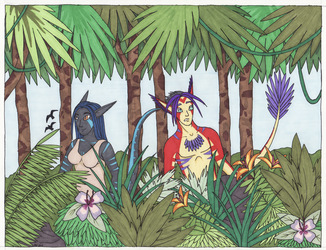 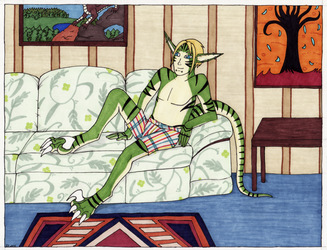 Old Art - Sunset over the Horizon

Two more characters from my oldest anthro story, Everli the raptor, and Faolan the feathered dragon. Obviously I just couldn't get enough of drawing foliage (that and the story was set in a jungle), and drawing the sky was a fly-by-the-seat-of-my-pants effort. Everli has the power to heal people, so at one point in the story she has to heal Faolan to save his life. This led to them becoming closer, much to the chagrin of Faolan's girlfriend in the story.

However, the story will be revamped, so we'll see how that goes.