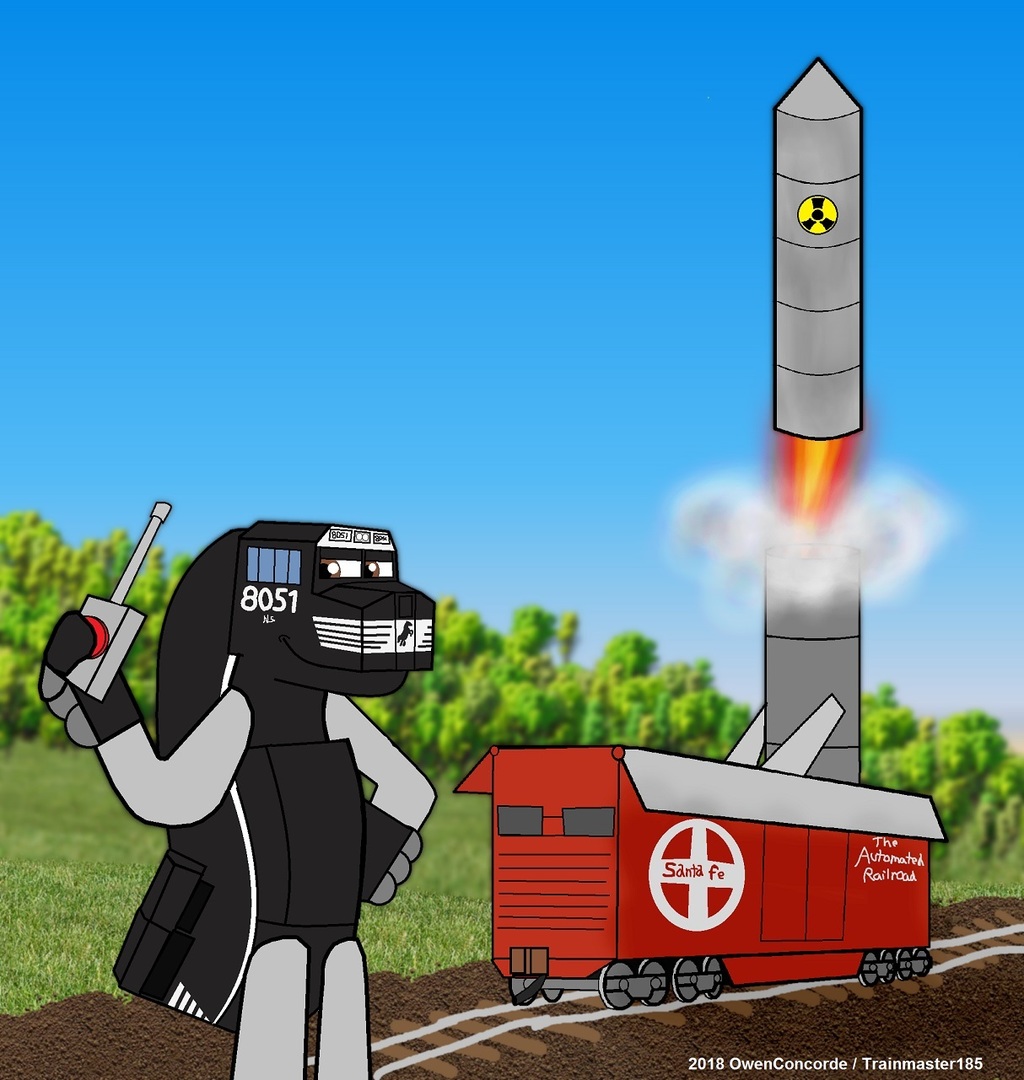 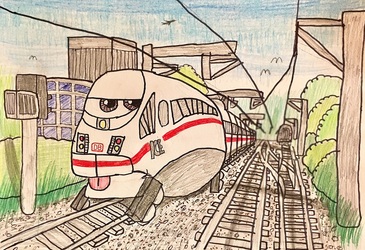 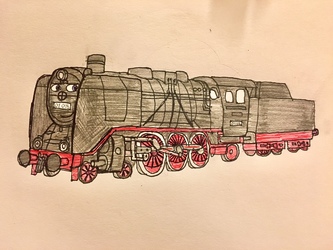 Andy just bought a used ICBM missile launcher car that was part of a cancelled Cold War project. He loves how the car is disguised as a normal boxcar and he also doesn't give crap about where the missile goes.

Note: The car shown in this artwork is based off of the Peacekeeper "Rail Garrison" missile launcher car from the late 80s/early 90s. - https://en.wikipedia.org/wiki/Peacekeeper_Rail_Garrison