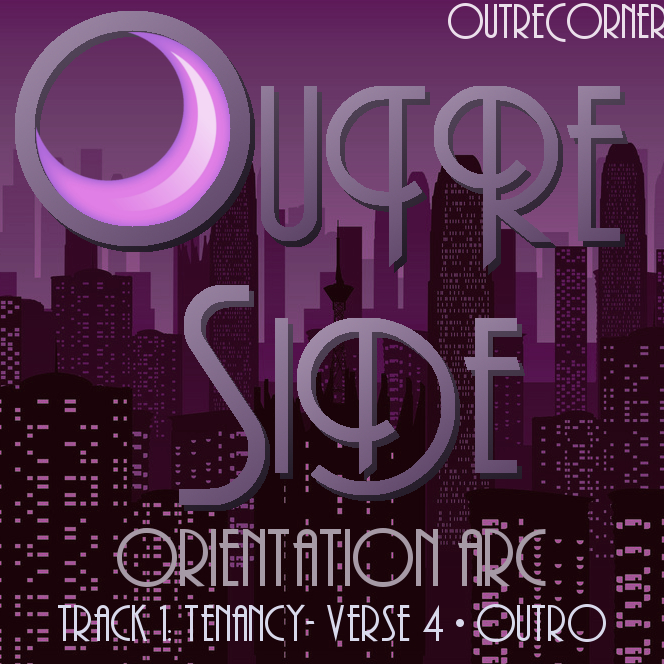 "This is amazing... I never been part of something so cool before...!" JJ's eyes reflect the shining majesty before him. A divine spear vs. bladed words... which one shall prevail!?

PageMaster spreads the letters out, to target all of his adversaries. The font of the letters expand in size as the phantasm forms a sinister grin!

"FIRE!!!" At his command, the barrage speeds down!

"THROW THE THING, VAEL," Rachel falls back, holding up her hand to futilly block the blue missiles! "PLEASE! THROW I-"

"HYAAA!!!" Arching back, Vael finally unleashes his weapon! It tears through the barrage and speeds right into PageMaster's face!

"DRAT!! DOUBLE DRA-" PageMaster's tantrum ends with a rip! His face is torn, the words disperse, the pages shred, and the world goes up in golden flames!

The ghostly book explodes into confetti, the shelf rumbling like it's caught in a quake! It eventually bursts in silver light, as the PageMaster croaks in pain, uttering his final words...

With a bang, three large bullets shoot out of the bookcase! They bounce around the room like wild balls at a pool table, until they hit the bed! Losing momentum, they bounce off and land on the floor.

"Urg..." Vael is the first to stand, rubbing the back of his head.

"Meow... Rachel rises next, rubbing her behind and stroking her ruffled tail.

"WE'RE BACK!" He just jumps up, his eyes beaming with excitement as he oogles Vael like an anime fanboy, "DUDE, THAT WAS SOOOOO COOL! THAT WAS THE MOST AWESOME THING I'VE EVER SEEN IN MY LIFE!!"

An incredibly happy feline pounces on Vael, purring happily as she hugs him tight!

"MEOW! OBRIGADA! QUE LEGAL! ISSO FOI TÃO INCRÍVEL!" She snuggles against his shirt, her tail wagging wildly as she purrs in excitement!

"Seriously man, the way you threw that spear was epic!" JJ goes over to Vael and Rachel.

"Actually..." Vael chuckles nervously as he holds up the spear, "I didn't know how to throw it."

"Uhh, what?" Rachel raises an eyebrow, "What do you mean? So that was just luck back there??"

"Not really, the spear struck the phantasm on its own. I normally use it for last resorts."

"So, what is it called again? 'Gunear' or something?"

"It's 'Gungnir.' It's the perfect spear. No matter who throws it, it'll always hit its target."

"You made something like that out of magic?" JJ asks.

"Not really. I didn't make the spear, I just summoned it. The ones who forged it are the Sons of Ivaldi."

"...Sons of what??" Rachel's head is spinning, mostly from the impact on the bed.

"Oh, well, they're dwarven blacksmiths." The spear vanishes from Vael's hand and is replaced by his pendant, "They fashioned the spear, and Loki used it to start some war... or was it Odin?"

The conversation interrupts with a rhythmic pounding on the door!

"Guys! What's going on in there!?" Amanda unlocks the door and throws it open! Quickly, she finds the room a bit of a mess, "Something happened in here, didn't it? Did you do anything, Rachel??"

"When something usually happens here, you're behind it," Amanda looks down, noticing that Rachel is barefoot while the boys keep their shoes on, "Did she do anything to you boys?"

"Ha ha, not really," Vael sweats a bit, "We were just having a bit of fun. There was no harm."

"Then was was that banging?"

"We were having trouble opening the door in the bookshelf. Then we remembered it was locked."

"Time for what?" Rachel blinks.

"Dishes! Do I have to remind you every time?"

"Sure thing!" JJ turns to Vael after Rachel leaves the room, "Umm, I think I heard the name of your weapons before. It's not Greek, it's-"

"I was going to tell you later, but I don't really have a choice now after that Phantasm attack... Mjolnir," Vael's pendant glows brightly, soon being replaced by a large hammer, which he slowly sets to the floor.

"Whoa," JJ blinks at the object, then looks back at Vael.

"That's right. I hunt monsters, demons, and phantasms, but I get paid for my services."

"Ahh, that explains how you got that big paycheck. Besides, I don't know anyone who gets paid for volunteer work. So, your business with Teyen-"

"It wasn't construction, it was to clear the area. Whenever they find a place to build something here, it was always haunted by phantasms, so they hire people like me to destroy them."

"They did the right thing hiring you for that. I'm still in awe about what happened back there."

"What you saw back there was just a small scope of my abilities. I can do more than that, much more, but I don't want to waste them foolishly. I could end up hurting people, even you. That's what I am afraid of."

"Hey, don't worry about it. I'm not scared of your powers, I'm just curious."

"I see. Well, I want you to keep this a secret, ja?" Vael smiles as he sits on the bed. He feels safe telling his roommate the truth.

"Well, I did come here for college, but that was secondary," Vael pulls out a dog treat and pops it in his mouth, chewing it briefly before continuing, "I'm actually here to complete my training."

"Yes. I'm from a clan of warriors. We're called the 'Øye.' We've been around for a very long time, and we usually hunt monsters and phantasms. The wealthiest of the elite would enlist our services; monarchies, nobility, corporations, you name them."

"Well, usually younger hunters like myself are sent throughout Europe and Asia to complete our training, but here... there's been a massive surge of phantasms," Vael eats another treat, "So my elders sent me here. Usually, Asia has the biggest number of Phantasms, and sometimes Europe, but no one in my clan expected this many Phantasms attacks to occur here... I wonder what is causing them?"

"Didn't your elders send you here to find out?"

"No... just to hunt down as many phantasms as possible, and grow from my experiences, as a hunter and as a person. Independence is a sign of pride for the Øye."

"They'll probably be even more proud once you stop the phantasms at the source," JJ jokingly suggests.

"Perhaps," Vael raises his arms as he yawns, stretching them in the air.

"Well either way, be careful out there, alright? "JJ puts his hand on Vael's shoulder, showing his support, "You're one of the coolest dogs I've met and I hate to lose you out there."

"Heads, or tails?" Vael holds up a foreign coin, a 10 kroner piece with the face of Harald V on one side and "10 KR" on the other.

Vael flips it into the air! It goes higher, and higher, then drops, until...

"Ja.. you win!" Vael reveals the coin in his palm, showing Harald V's face, "Look at me, I hunt monsters while you're treated like a king."

"Eh, just lucky I guess," JJ laughs, "But when I get a job, I'll help us make a bunk bed. I just hope it isn't haunted like the bookcase."

"You and me both, brother. I'd rather have bed bugs."

"Seriously?" JJ lets out another laugh! Then there is a knock on the door, "Yes?"

"Hey boys, I'm done with the dishes!" Rachel knocks again, "Can I come back in?"

The wolves look at each other briefly, then nod.

"Good," Rachel kicks the door open, her arms crossed with confidence, "we need to finish that session. I was having too much fun!"

"Wait brother... How about I take my turn?" Vael steps forward...

Rachel responds with a grin, her toes wiggling on the floor. This would definitely be a night to remember!

Neumont International Vocational Academy (NIVA)
Location: Neumont, Pennsylvania
Founded: 1920
Purpose: Advanced Vocational Studies
Research Institution
Undergrads: 32,000
Currently celebrating its 100th Anniversary in the year 2020, NIVA is the largest of the three main Universities in Neumont, Pennsylvania. It is known for its effective vocational programs and majors, in addition to its high tuition. With a graduation rate of 85%, the students at NIVA take their schoolwork and college lives seriously; they do not tend to be as rowdy as their rivals at Cynosure Technical University, but there is more to some of them than meets the eye... 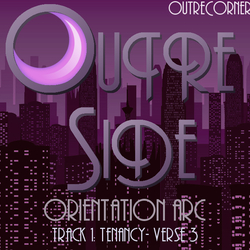 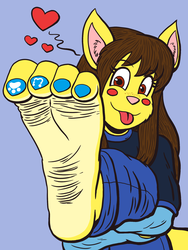 After the dreaded PageMaster meets his end, Vael finally tells JJ about his true identity and his reasons for settling in Neumont. Many questions are answered along with a few more: Who will get the bed? Who will get the inflatable mattress? And will the boys get to continue their fun with Rachel?