Sebastian - Hunter of the Savanah - 2011 by OurMassHysteria 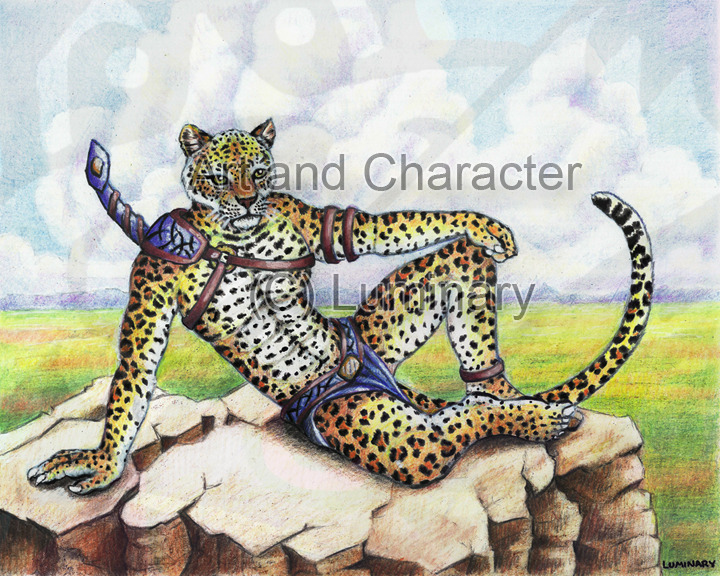 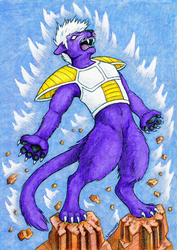 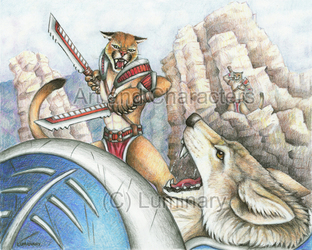 I decided to shift gears to slow down and start focusing more on my quality and traditional skills. This drawing was done completely in color pencil with a touch of white marker. I will be producing a limited number of prints of this (hence the reason for the watermarks here) which will available at our artist's table at the upcoming Nakamacon in May. http://www.nakamacon.com/ This piece is a part of an upcoming series I have planned. This project focuses more on traditional fantasy art techniques. More to follow.

The following is a bit of character fiction for the leopard above, Sebastian. Character fiction is one of our specialties and can be commissioned from Frisket! Simply PM us or send us an email at our.mass.hysteria(at)gmail.com for details or to discuss a project!

The spring sun had lightly warmed the savannah, enough to begin the gentle rise of mist in the late morning. Luckily, the mist did not carry the scent of the dogs. At least not yet.

Sebastian's right ear flicked; a minor compulsion he had picked up in his years as a hunter along the plains. As he scanned the horizon, his golden eyes caught every detail watched every tiny movement of grass and wind. He looked with diligence, searching for the tiniest glint of sun on steel, his ears turning, swiveling to catch the kiss of the wind and whatever secrets she might reveal - the sound of cavalry, or the booted paws of canine soldiers. His whiskers twitched as he took in a deep lungful of the plains air and sighed.

“No dogs today,” he said, as much of a statement of fact as it was a gentle plea. His lanky, muscled frame turned towards the sun, already well on its way to its zenith. A gentle breeze rolled across him, and he resumed his patrol, his light curved blade reminding him quietly of its continued presence along his shoulder blades.

He blended in with the tall grasses well; the rosettes along his close fur made him all but disappear in the breeze-blown weeds, and as a feline, he was as close to silent as any mortal could be. Far more silent than the thundering paws of the dogs on their steeds, quieter even than the hounds and their rangers, the feline easily padded along the tall grasses, a predator in his own right. Spotting his destination – a tall, well-defended expanse of rock and scrub grass, he quickly bounded along the concealed footholds to reach the top.

Sebastian yawned and stretched on the rock outcropping that was his post. To the glance of any canine officer, he would appear savage – wearing little to impede his hunt and brandishing little more than a crude curved blade. But Sebastian was far from the crude neanderthal the canine royalty had proclaimed his people. He lounged upon the convenient, sun-baked rock and watched as the plains and the wind played, glad for the repose.