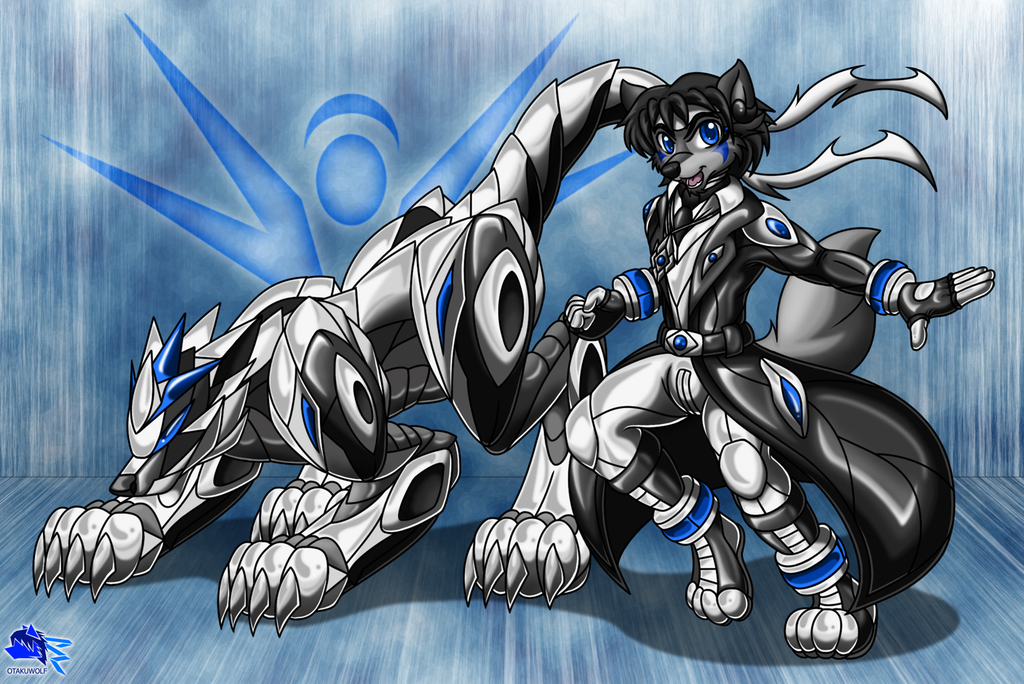 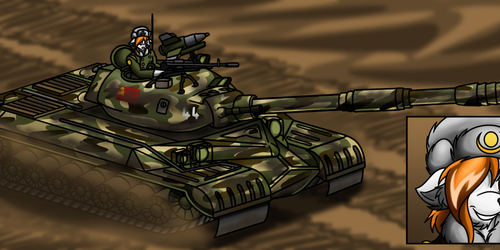 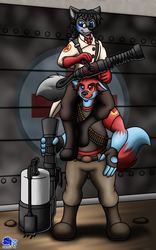 After redesigning Ota's combat pilot outfit i needed to redesign his "buisness suit" too, same concept, but now with more apparel and optionals.
Beside the old but always functional rubber control device now it comes with a folding visor, a comm unit, termo-regulator to never feel too hot or too cold, kinetic amplyfier, and a failsafe device in case somebody is dumb enough to try out the outfit without his permission.

Now, every "Big" one has some kind of "pet", Ota thought to make up his very own one:
Introducing "Toragami MK-I".
Nothing special about it, just your usual cybernetic tigerwolf capable of shred metal like butter and pull a car like a kid pulls a toy cart.

Side note, maybe i'll draw Toragami "better" in future, i'm not used to draw ferals so it might look like having some structural mistakes ^^;