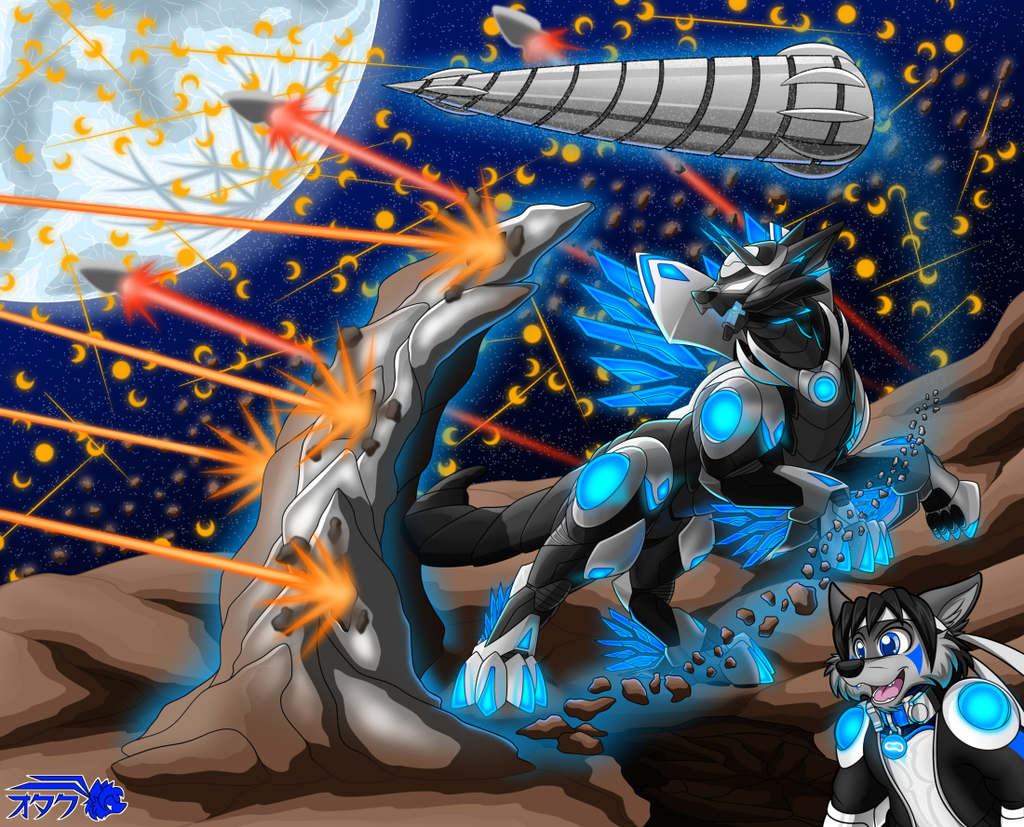 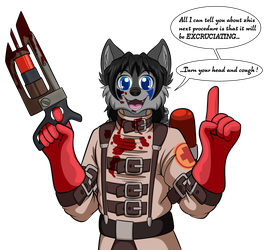 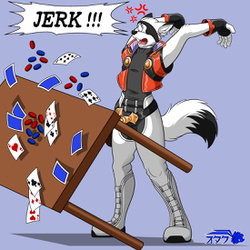 I wanted to revamp a bit Ota's giant "mecha" Aperion, but didn't know what to do anymore so I said "Hey, maybe I can try doing something TOTALLY different...", so I redesigned it as a quadruped feral ^.^ !

Other than that, I thought to also give some more sense to his powers on why and how it can materialize things.
The only thing people somewhat know is that Aperion is actually some kind of deity, and starting from that I thought to make it a "God of Creation", which doesen't mean it is an almighty being but rather one who can "shape things"

I was kinda mediocre at school, but one thing that stuck in my mind from the terrible teachers I had was one physics and chemistry rule: Nothing is created, nothing is destroyed, everything changes.
That is how the power of Aperion works, it doesen't just pop things out of thin air but rather manipulates matter on atomic and subatomic level to change and shape it into something new, like in this picture.
The "mecha" itself isn't even the actual body of Aperion but rather a "vessel" for it's true "ethereal form" and a "vehicle" for Ota or whoever recives "The Blessing" to interact and use it's powers.

So, what is goin on here ? The original picture had more stuff planned in it, with a "giant dead creature corpse" on the bottom left and a city beyond the cliff, but the design of Aperion changed a lot since I started the pic and so I had to re-adapt the scene more than once until I had too much stuff had to take out something to not make it look even more confusing than it is here ^^;
So in the end I went with a "standard anime space battle", which always seems to work one way or another, and hopefully it does this time as well ^^