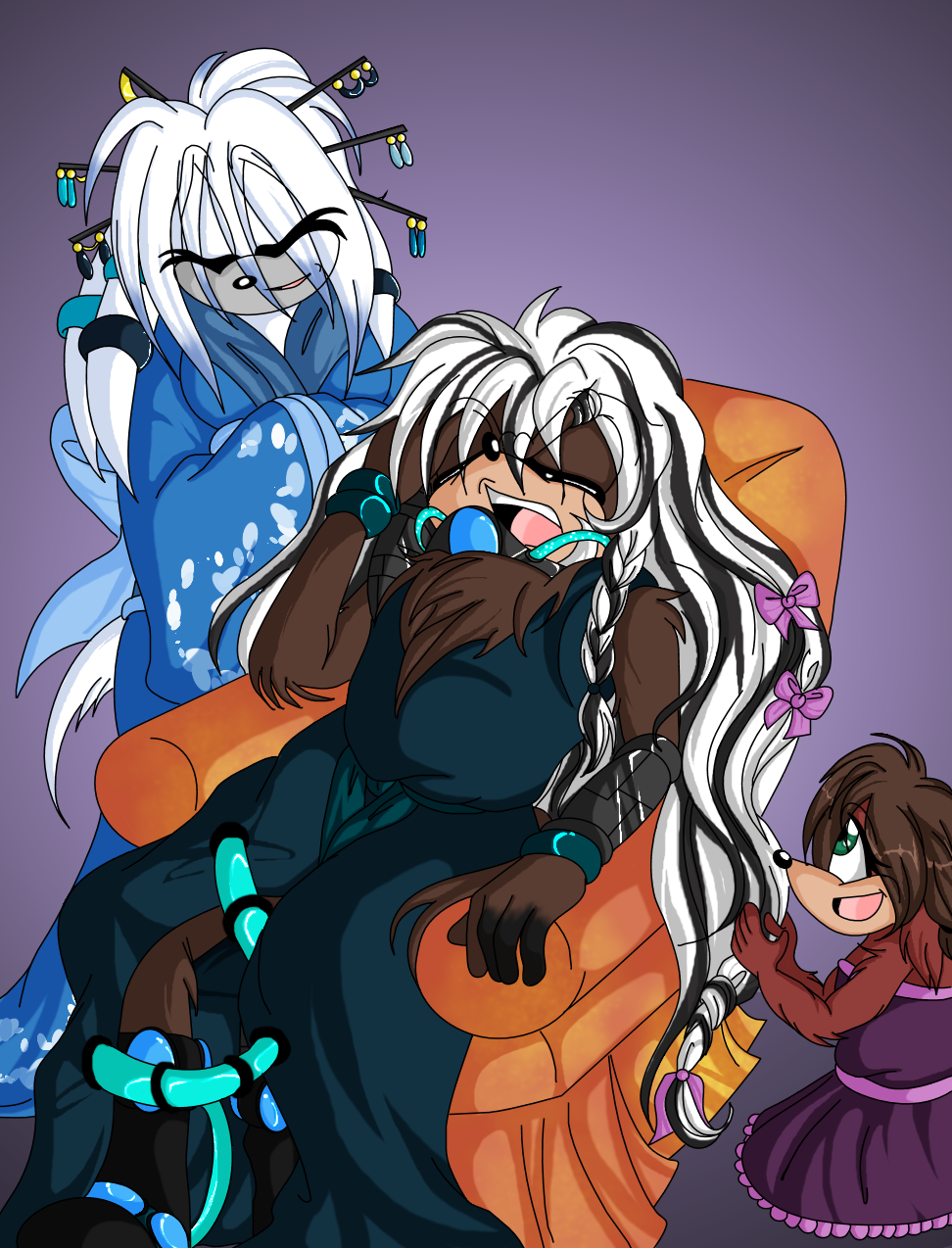 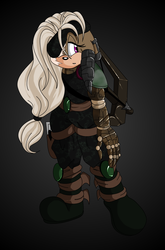 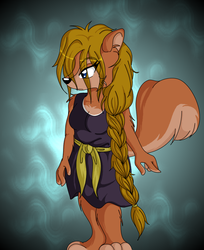 Layla-Ne: Lilyan-Ne--I can hear you giggling; what are you doing with daddy?
Lilyan-Ne: Making daddy's hair pretty!
Layla-Ne: You know, Wildfire, this wouldn't happen if you cut your hair for once.
Wildfire: I don't care what she does with it, so long as I don't have to move.

Wildfire's street cred is going down...hardcore. He should just be happy I don't show his pink toenails. ;P

Having more daughters than sons, I think he's gotten used to having his hair braided and played with, so he just doesn't care anymore so long as he doesn't have to move from his favorite chair after a long day.

I would have had his hair be the normal dark auburn, but upon realizing Lilyan-Ne's fur and hair is swapped to his...that woulda been too much reddish brown, so I made him grayer looking. Guess it makes sense as casters tend to gray faster than most folks, so I read. Since that collar prevents his blood from boiling when he does, he casts quite often, I imagine, so Wildfire got the Zebra hairstyle in this one. Also, he does get more robotics on his left arm and leg in his older years, but that's because I imagine that your body doesn't age well with part of it missing, so you might have to get more enhancements of certain areas the older you get. He never goes back to the Dark Legion. He just got old. XP