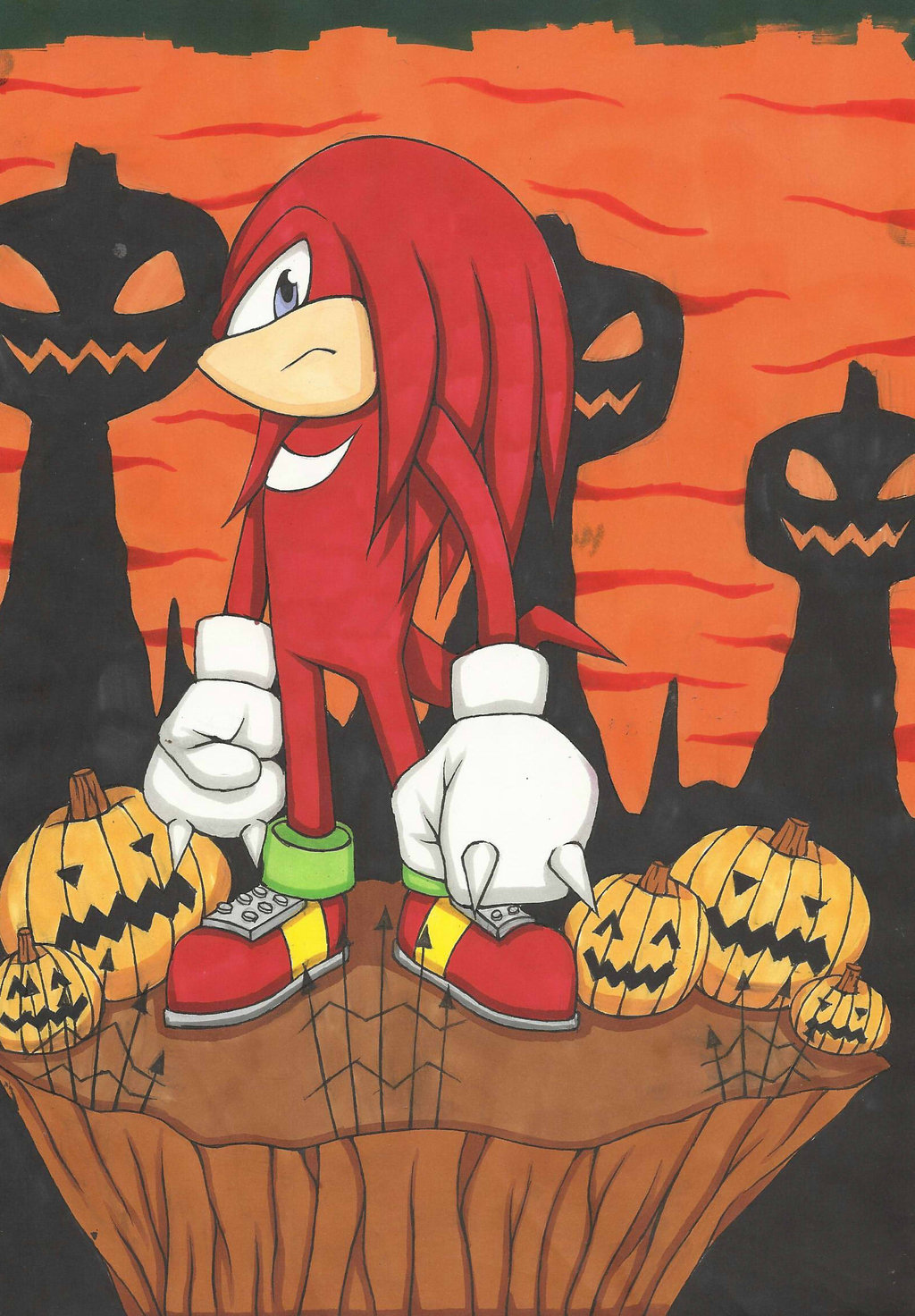 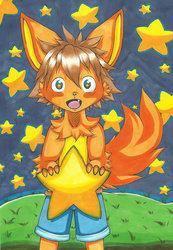 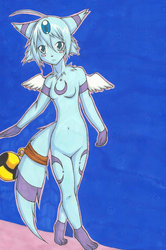 At the time of drawing this I was hooked on Sonic Adventure 2 Battle (I still play that game) and I really love Pumpkin Hill so thought why not? I also had art block at the time. The only problem I have with this is I don't know why I drew his nose over a black pumpkin, he looks... Nose-less xD But shhh you don't know that. Knuckles is also one of my favourite characters from the Sonic franchise and i've liked him ever since I was a kid and have always tried drawing him and been unsuccessful and this was my first successful attempt (Aside from his nose-less face, of course) I feel like the red goes well with the orange too. :)