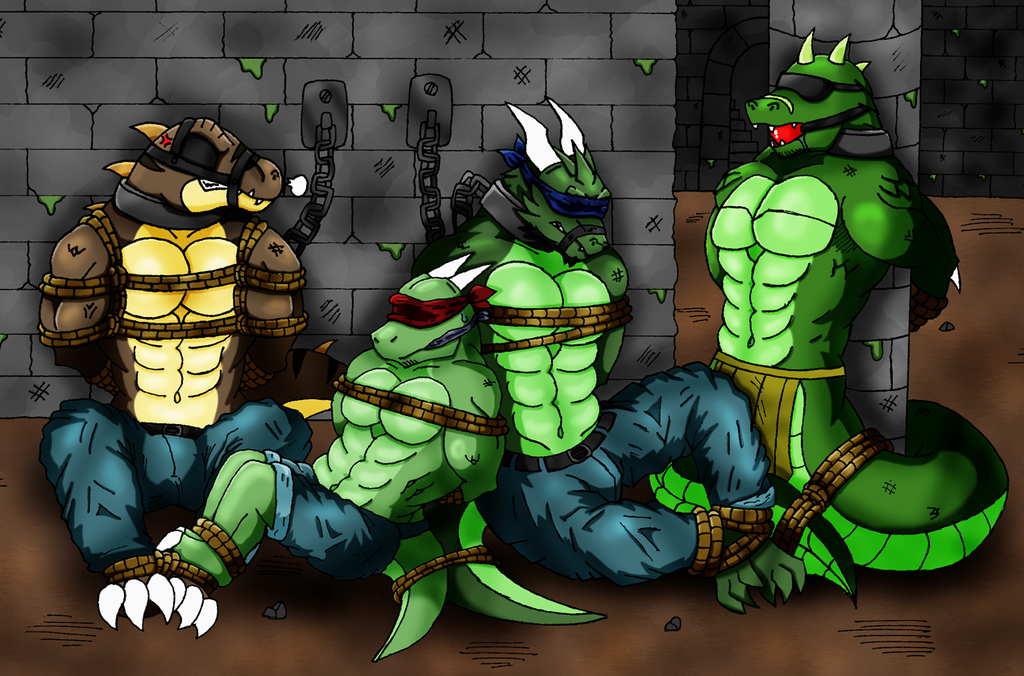 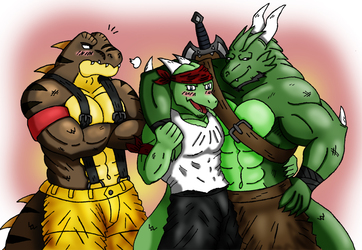 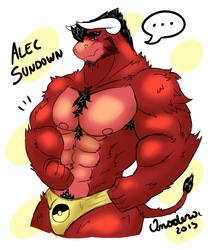 "Someone unknown are kidnapping big reptiles men and keep them tied up, blindfolded and gagged in some sort of dungeon.They say that is to be sold as slaves. Unfortunately, while I was investigating, I ended up being captured and imprisoned just as the other victims".

I used all of my characters that I created (from left to right: Jason, Brian, Dom) and my fursona x3. Wow, a picture with a bunch of guys in bondage together is really hot but gives a hell of a job >_<. But it was worth it =D. If you could pick one of them to take to home, who you would choose =3?!