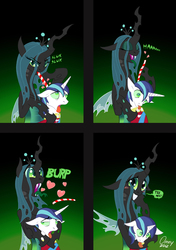 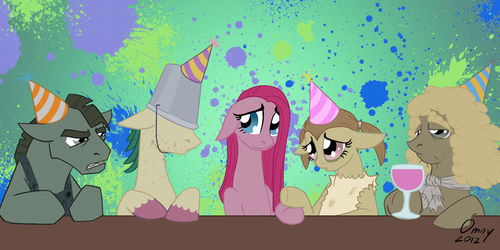 This is my first attempt at a more "serious" MLP comic, as well as a chance to experiment with panel layouts and lighting. There's a lot of things in this comic I'd like to change, but I've already spent more than enough time on it as it is.

I came up with this comic after thinking over the implications of having shapeshifting creatures like the Changelings in the show. These creatures have the ability to perfectly mimic the appearance of any pony, right on down to the voice and clothes. Knowledge that such creatures exist could cause rampant panic and paranoia, with everypony starts pointing hooves at anypony who acts just a little different. It'd be like the Equestrian version of the Red Scare. I'd like to see something like that explored in Season 3- assuming it ever comes out.