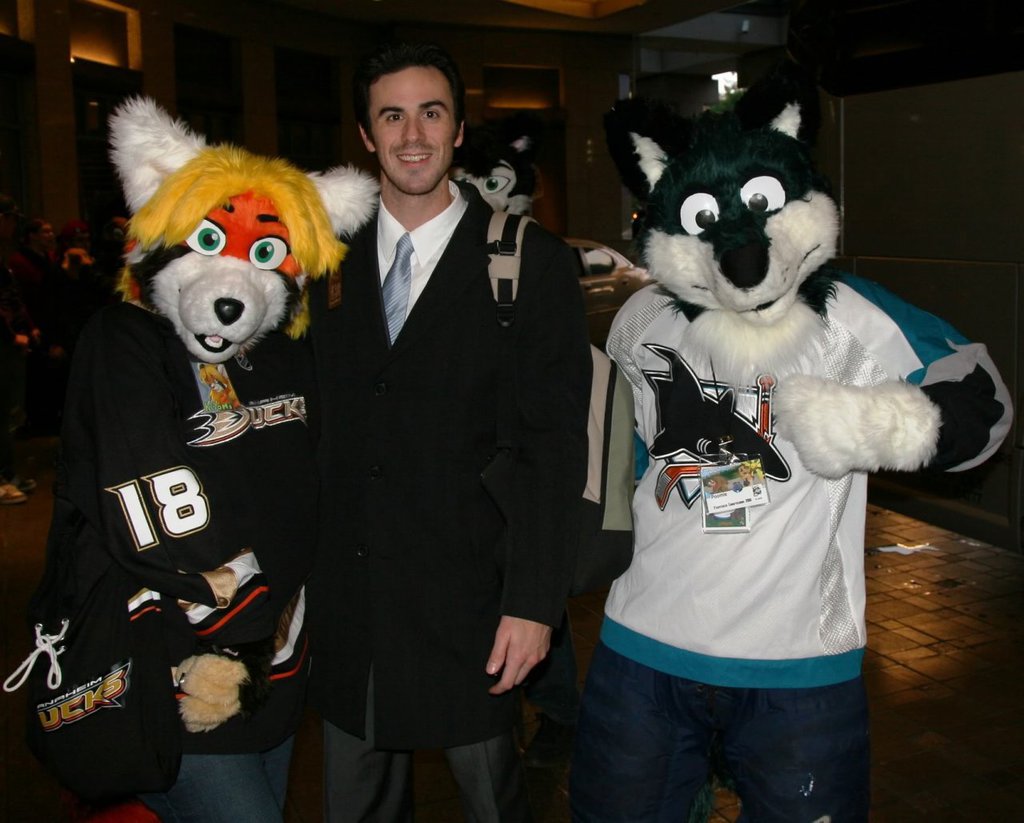 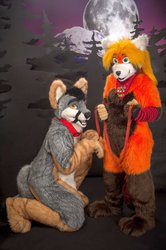 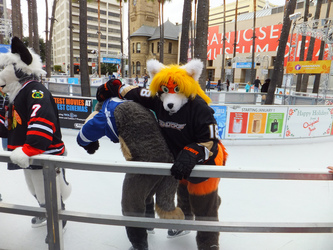 This is prolly one of my top moments from a con ever.
I'm a Ducks fan, and my jersey is that of former Duck, Drew Miller.
So for those not in the know, at FC2010, the Buffalo Sabres NHL hockey team was staying at the Fairmont while they were in town to play the Sharks. A few of us hockey fans, were hanging out in the front of the hotel, watching them get on the bus, offering a "Good luck tonight!" here and there, nothing too odd, aside from some of us being in fursuit.
After we thought everyone had gotten on the bus, we were just standing around chatting, I was talking to my new hockey pal Nemmy, when he was like "Oh man, Ryan Miller's coming over!"
Ryan Miller is the goalie for the Sabres, and is Drew Miller's older brother. So he came over, and asked me for some photos, since he couldn't believe I was wearing his little brother's jersey. I was of course more than happy to oblige!

Fast forward to Nov 2012, for some extra lol out of this story. We'd acquired a player named Toni Lydman over the summer. I was at a Ducks event, where you get to meet the players and talk and stuff, so I was chatting with Toni about music, since he's a big rocker. He mentioned being on Buffalo, so I asked if he was on the team last season, like around January. He instantly said "Oh man, in January we were in San Jose with some furry convention! Hold on, I have a picture of one of those dudes in a Ducks jersey!" He shows me the photo on his phone, it's me :P
He was much more surprised to find out that the costume belongs to a girl, and seemed to get a big kick out of it all really.