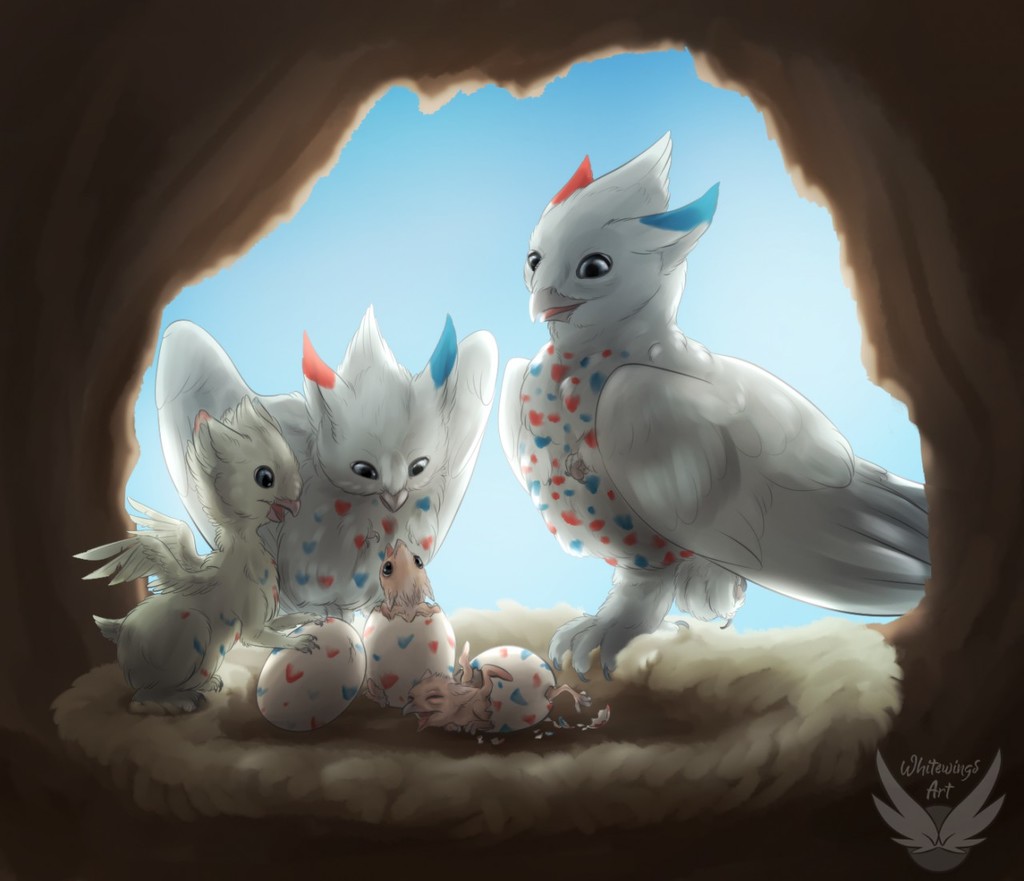 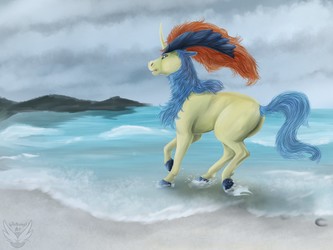 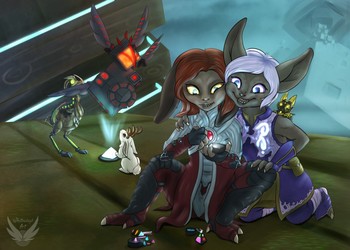 I've been wanting to draw this for a few years and I finally did it! I personally see the Togepi line as a sort of owl-like griffon with relatively small front legs that end up disappearing in the poofy chest plumage.
I also enjoy far too much drawing biological explanations for creatures, so here's the wall of text I created about my view on Togepi & co~

"Togekiss is a rare, beautiful sight in most regions as they tend to avoid places where there is strife. They're said to be bringer of blessings and happiness if you show them kindness and that they can only approached by a pure-hearted person. Sadly, despite being a proficient and silent hunter, they've always been very rare due to their fragile nature and difficulty in finding peaceful territories without bigger predators or high human activity. In time they've been almost driven to extintion due to poachers catching wild ones for collectors and those who fancied one for themselves, but efforts are being made by breeders to reintroduce it in nature and fight illegal trade of captured individuals, who often die due to mistreatment and lack of proper care.

In the wild, taking care of their hatchlings is their outmost priority and they're great parents, spending as much time bonding with their offsprings as providing them food. Once a couple finds a good spot for a nest, usually in high trees or on the verge of mountain cliffs, they'll prepare a comfortable nest using their own plumage and other soft materials they can find. This nest will be used all year round unless something forces them to move elsewhere, so they usually carefully pick big enough sites for their home. Once the eggs are laid, up to 2-3 times per year, the pair will take turns between brooding and hunting, but the female, who the biggest between the two and with a more colorful chest plumage, is usually the one who defend the nest from intruders and possible predators.

The eggs hatch prematurely, so the baby, called Togepi, only cracks the upper part of it and two holes for its backlegs where the egg is thinner. It holds onto the egg with its front legs and featherless wings, using the shell as protection until it gets outgrown. The hatchling during the first couple of weeks is really fragile and won't move around often, spending all its time sleeping, eating and gleefully cuddling with its parents and siblings until it's able to walk. Togepi's chances of survival are still low even after that phase as the egg can still crack, exposing its partially unfeathered body to the weather while its parents are not around, not to mention how often they fall down from the nest or get captured by predators. Poachers often target Togepi to resell it to collectors or it for even more money to traditional medicine enthusiasts as the baby produces a vaguely poisonous substance from its skin and its egg is considered to be "made of happiness".
The bonds created while this Pokémon is still a Togepi are very important for the development of the baby, as it would stop eating if it became sad and lonely. Luckily this makes saving orphaned Togepi or breeding them in captivity for conservation and trainers easy, as Togepi can bond easily with humans and even other Pokémon.

Once its body is fully covered in plumage and the shell cracks after becoming too small, the juvenile, now called Togetic, isn't helpless anymore and starts exploring out of the nest with its parents. At this point of its life it can't fly yet since its wings' feathers aren't fully developed, but it can float in midair without moving its wings much thanks to an internal sack that fills with a gas lighter than air. Togetic progressively starts becoming indipendent at this point, but still comes back to the nest for food, sleep and protection, as well as taking care of eventual younger siblings, for the following 2 years. Togetic rarely leave the family's territory before they're fully matured, which takes a total of 4 years, and usually keep positive relationships with their relatives during that time, still lending a hand in protection of younger family members.

Togetic have the innate instinct of looking for shiny stones and things during their juvenile years and, found the shiniest one, they'll hold it in their front legs at all times, under their chest's plumage. Togekiss usually mate for life and that shiny stone will be used once they find a mate, then and only then it'll be exchanged and kept by the other Togekiss until they find place to nest. The two shiny stones act like the first stone of the nest."