Gryph Attack - Shamal to the Rescue by OkamiWhitewings 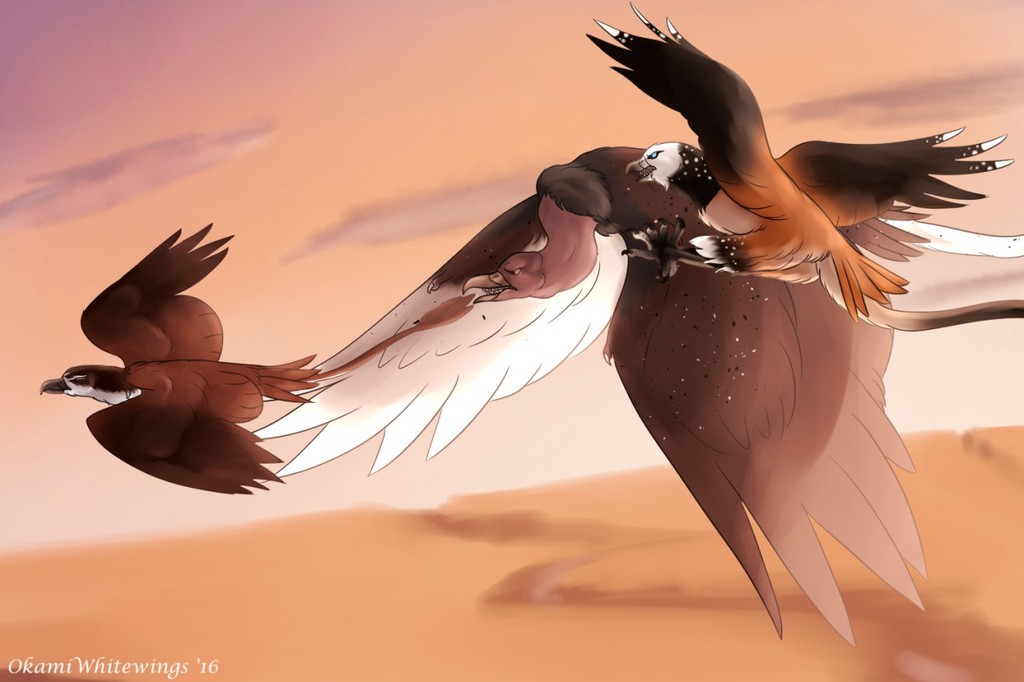 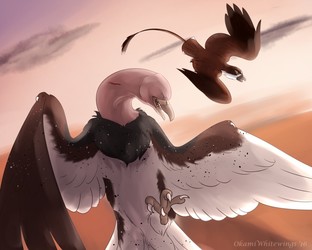 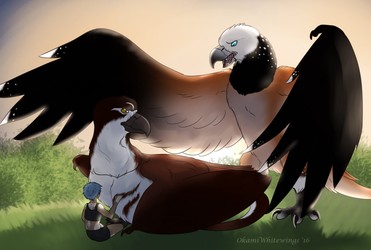 Gryph Attack - Shamal to the Rescue

Etesian started panicking again. Nothing of what she did was enough to grant her a safe escape, actually it might have even made things worse. She could not keep up that pace for long, especially with the chest wounds still hurting and the adrenalin gradually becoming ineffective. Her head started becoming lighter, the pain of the wounds stopped yet became furious, every sound aside from her frenetic heartbeat felt muffled in her ears. She heard some cries above her, but she was too confused to understand what was happening. Was this her end?
The heavy beat of the massive creature’s wings was getting closer and closer, each time more powerful, like the beast was savoring the anticipation of the moment in which she could lay her teeth and talon on the poor Harpia who managed to give her so much troubles and ever a deep cut in her bald neck.
As Etesian could feel the breath of the massive Stryx on her tail and closed her eyes in fear, a multicolored Harpia came down diving from above, screeching against the monster, who, blinded with wrath, noticed the attack only at the last moment.
Was that Stryx trying to save her?