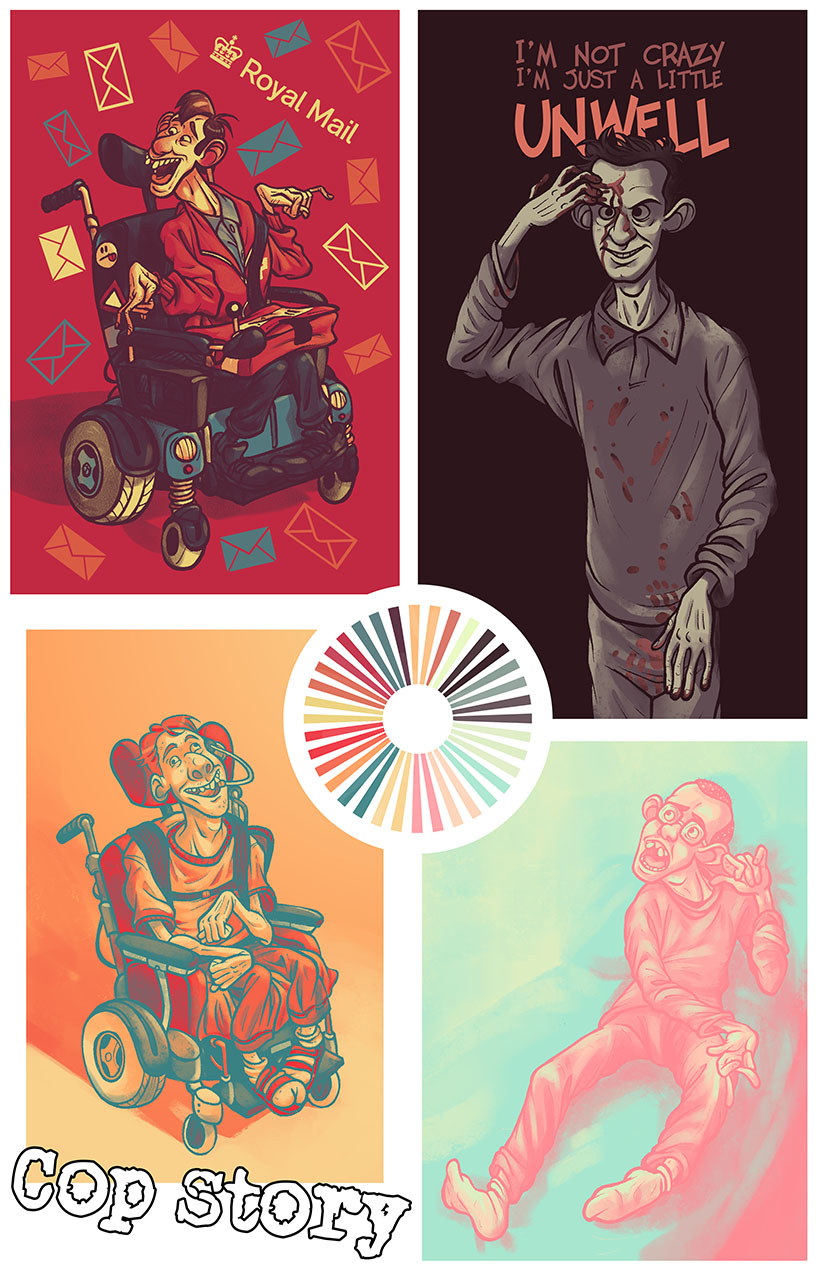 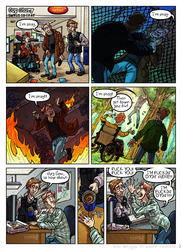 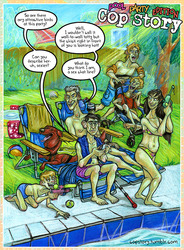 So I've been doing these limited palette doodles for some time and realised I don't want to wait till I have more of them. And you can request more since it's fun (drop a number and optionally a name of my character or characters in comments then)!

Right on, some context behind the pictures-

Kevin and I have a deal - I’m vouching for his skills as a postman, he’s vouching for my skills as a graphic designer. Successful employment in Royal Mail, here we come! Honestly this palette is practically made for him!

Philip usually picks his scar till it looks more gross but it's hard to paint pus with limited colours (this is where squeamish watchers should be glad). The text is from this song (which could work well as a Cop Story theme, honestly). Incidentally Philip is going to play a major (and also biohazard-ish) part in an upcoming short.

Jarvis suffered in the name of variety because I normally draw him as happy as it gets. The context behind this picture is that he hates being stuck at home without his wheelchair and AAC device (because occasionally they break down and even if they don't there's this ridiculous warranty thing where assistive technology actually gets taken away for maintenance if people want to keep the warranty) so he's a one man tantrum at those times (Teague sees it as natural justice, the little shit).

I'm not really happy with how Wallace's limited palette ended up looking but I don't draw the guy enough as it is. He's kind of non-confrontational so I couldn't find an opportunity to introduce him properly yet but he's one of Teague's classmates. Speaking of Teague, why are obnoxious assholes easier to write about? :P