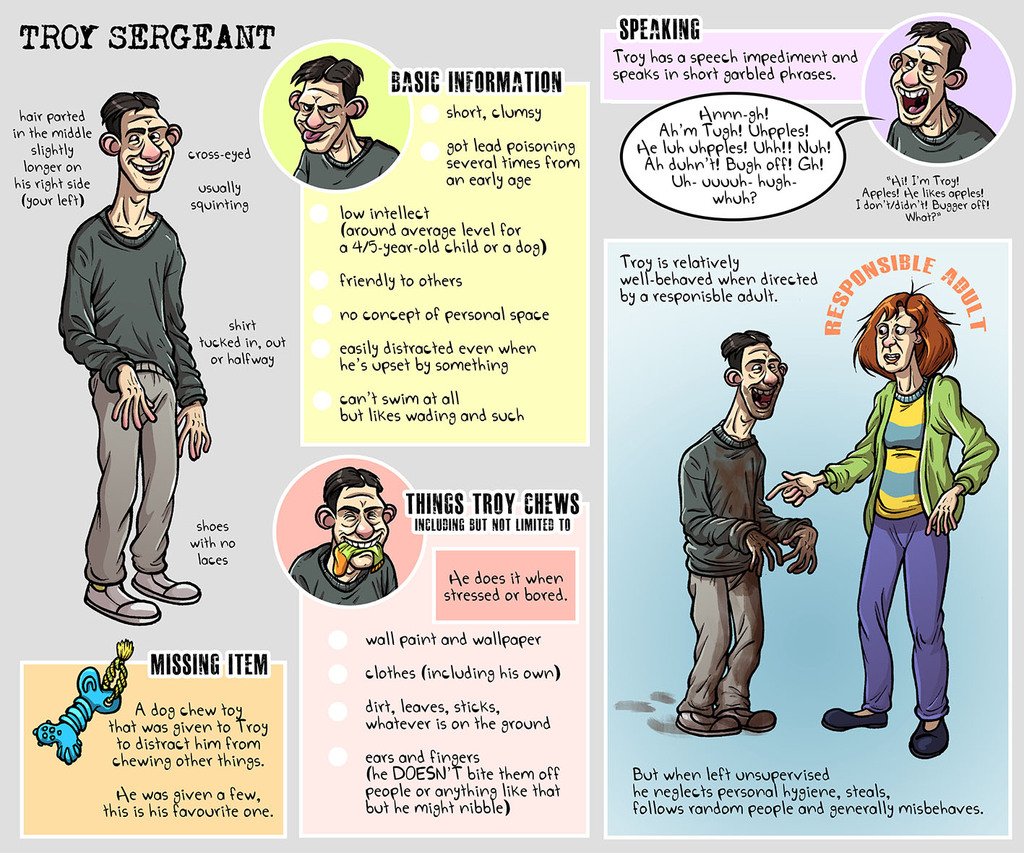 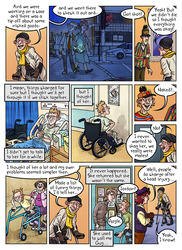 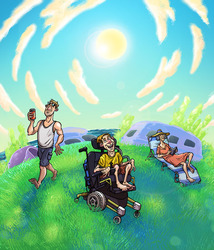 This is a reference sheet done for Hetherev but it can be used for general purposes too.

Personality: Friendly and enthusiastic. Bad memory, short attention span. Definitely not the brightest bulb in the shed. He likes being around people but doesn't know how to communicate it so he might follow people, stare at them or grab something. He can get moody and punch or push if he's upset but it doesn't happen often. If you tell him to stop doing something he'll stop but it might take a few times before it gets through to him.

Backstory: Troy spent most of his life (from about pre-teen years) in psychiatric hospitals (in the UK). Some of those were okay, some were irresponsible or plain bad and reinforced his behavioural issues (and gave him lead poisoning a few times, on top of over-medicating him on a regular basis). Troy has no living relatives and has been passed from a hospital to a hospital to the point nobody knows why exactly he was institutionalised in the first place (so naturally there are scary stories and the truth is much more mundane).

Skills: Nnnot really? He can read a bit (but doesn't like to) and can probably write down his first name if you're willing to spend half an hour on it. He is not strong but can run and climb, though not very well.

I feel like such an irresponsible writer sending him out there all alone. Oh well, you know how they say, what doesn't kill you makes you an interesting character...