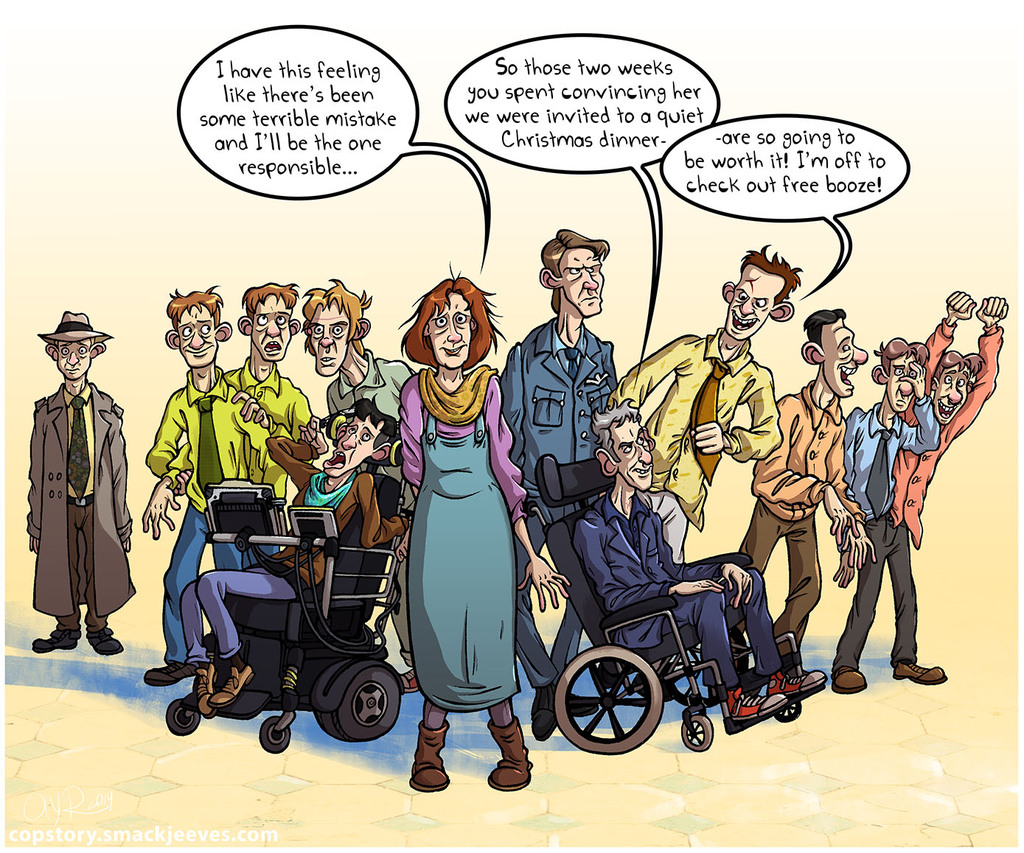 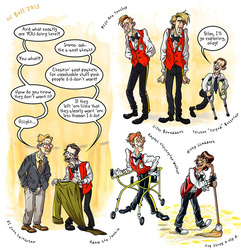 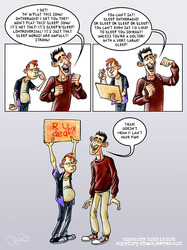 Aw yeah, the first finished picture of 2014. And it had to be OC Ball stuff (yeah, I'm still doing that) and it had to be them. I'm using the term "crazies" lovingly obviously.

It's going to be a while before they appear in Cop Story but I figured it won't hurt to remind you who they are (left to right).

Theodore Lancaster – nobody knows what exactly he is doing here. Job-related? Not that it changes anything, he’ll just stand quietly in a corner all in his thoughts.
Stu Battle - looking after his twin brother Steve. Will fail at this when/if he gets drunk enough.
Steve Battle - hasn't realised it's a perfect opportunity for abusing substances yet.
Carl Rhels – didn’t want to go which is precisely why he was taken along because the only way to help with social awkwardness is to talk to people more.
Dylan Benton – will probably just stare at everyone but also might pull his pants off and piss on the table.
Doctor Ellie Murray – knows that whatever happens next she’ll be the one responsible. She always is.
Peter Cook – disapproves of this because he thinks WWII is on and it’s wasteful to throw parties like that when food is rationed.
Quinton Rhoades – doesn’t enjoy anything except perhaps seeing Murray in an awkward situation and an opportunity to get pissed. Will have some snarky remarks for everyone unless he’s too drunk to talk.
Philip Troutdale – is trouble.
Troy Sergeant – likes biting human ears and fingers. Doesn’t actually mean any harm.
Nevan Penrith – needs a paperbag.
Devon Penrith – is going to party! Probably. Nevan permitting.

I am never drawing so many people in one picture again! Except... the next time I do it and the time after that and so on.