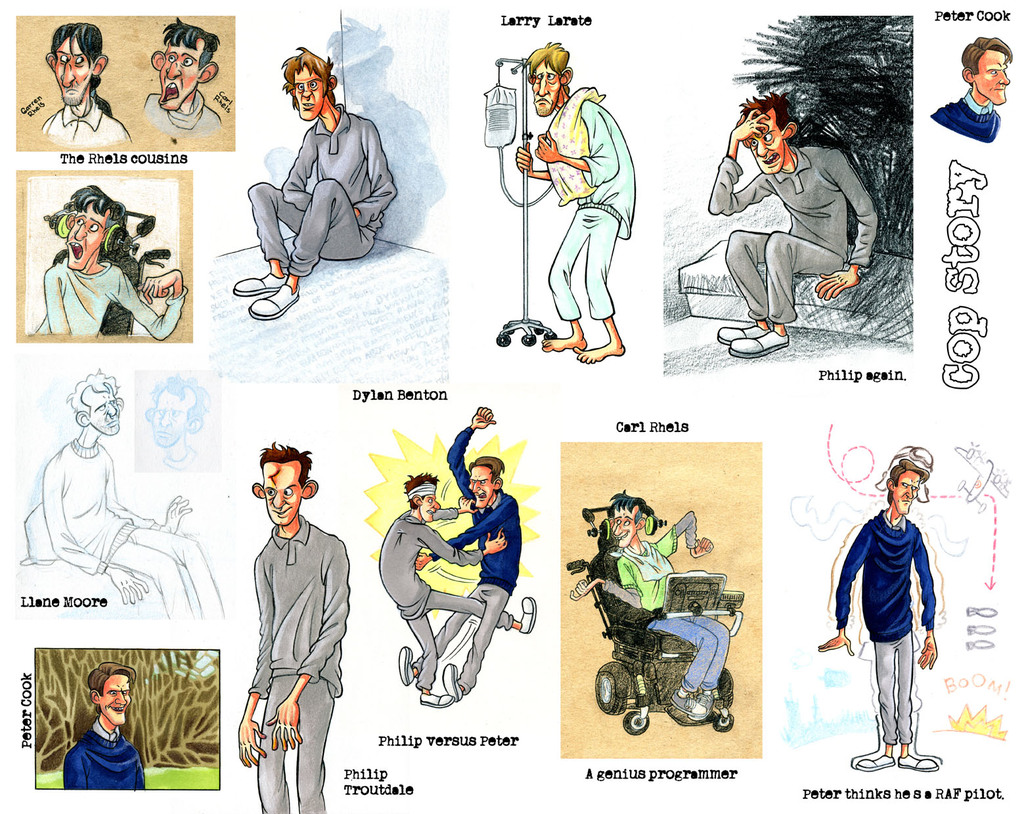 You have probably figured out by now that Cop Story cast is more than a little crazy. What you haven't figured out is that one of the storylines includes a psychiatric hospital - Chauncey happens to befriend a bunch of mentally ill patients, some of whom were formerly criminals (not saying that mentally ill people are prone to crime, in fact MOST OF THEM AREN'T) but when it comes to Cop Story you're usually either a cop or a criminal.

So here they are: Philip Troutdale, a man who got hit on his head with a shovel and got his brain damaged as a result, Dylan Benton, who had a borderline illegal lobotomy performed on him and luckily didn't become a vegetable but unluckily it didn't help much with his problems either and only worsened them and Peter Cook, an ex-cop who is convinced that it's 1944 and he's a RAF pilot who just survived bombing the Germans.

Then there's Larry Larate who was in a regular hospital, not psychiatric but I can't tell you why yet.

And Carl Rhels, a genius programmer with cerebral palsy. Don't confuse him with Kevin, Kevin is the nice guy out of the two. Not that Carl isn't nice, he's just a sociopath.

And a bonus doodle of Llane I forgot.