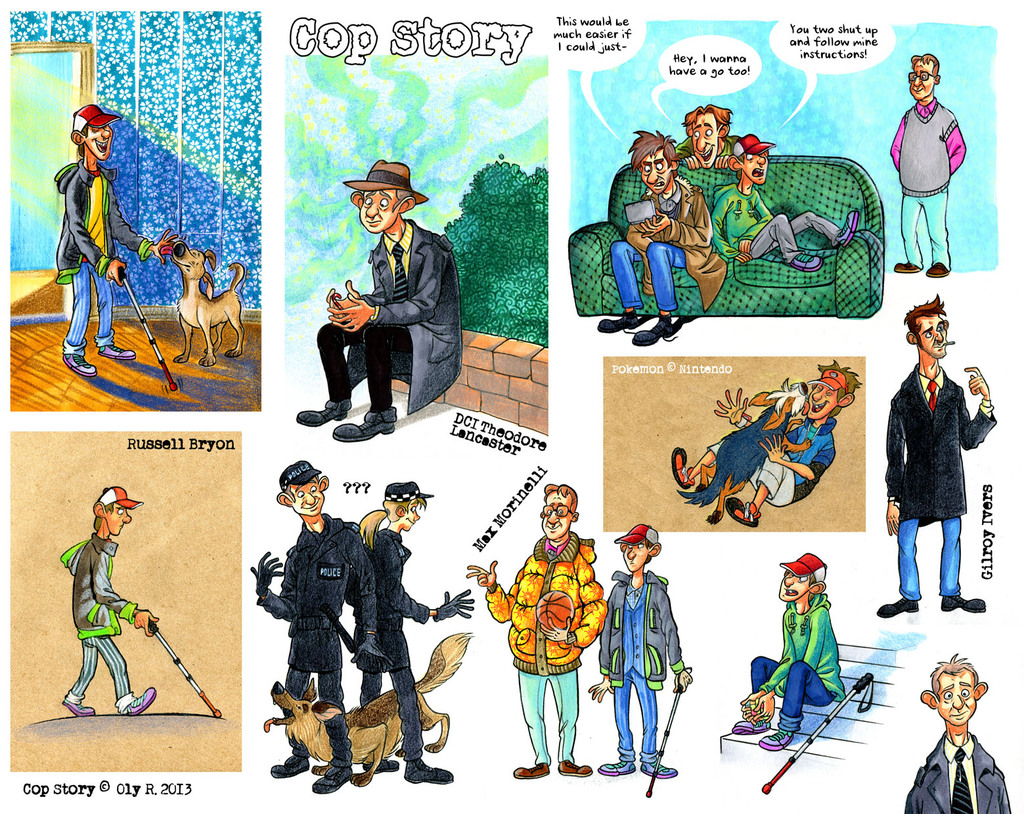 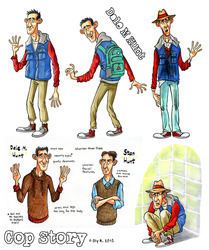 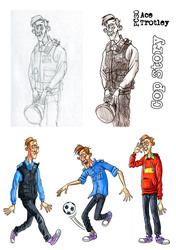 Theodore Lancaster is a new DCI (Detective Chief Inspector) who appears in the story at one point. He's a somewhat shy and well-mannered guy. Originally he was a K-9 officer, then things happened. Long story short, he's a good DCI for his team.

Russell Bryon is a blind teenager who is really dissatisfied with his life at the moment. He ends up meeting Chauncey and the rest of the cops and having adventures with them. He also used to be a champion at DS games back when he wasn't blind. (So I play for him in Pokemon since drawing your team is half the fun and I don't really like drawing myself. Besides, a blind pokemon trainer is something that should have been explored in Pokemon universe, I almost feel like making a fan comic if I had any spare time.)

The fellow you see next to him is Max Morinelli, he's the resident therapist. He just got his PhD, has a really small practice and mostly does therapy work at Edmonton police station since his aunt Marina Morinelli is a Chief Superintendent there. He's a somewhat shy and meek guy who wants the best for everyone but hates having to push people, dislikes most therapy methods and just wants to be a friend for everybody.