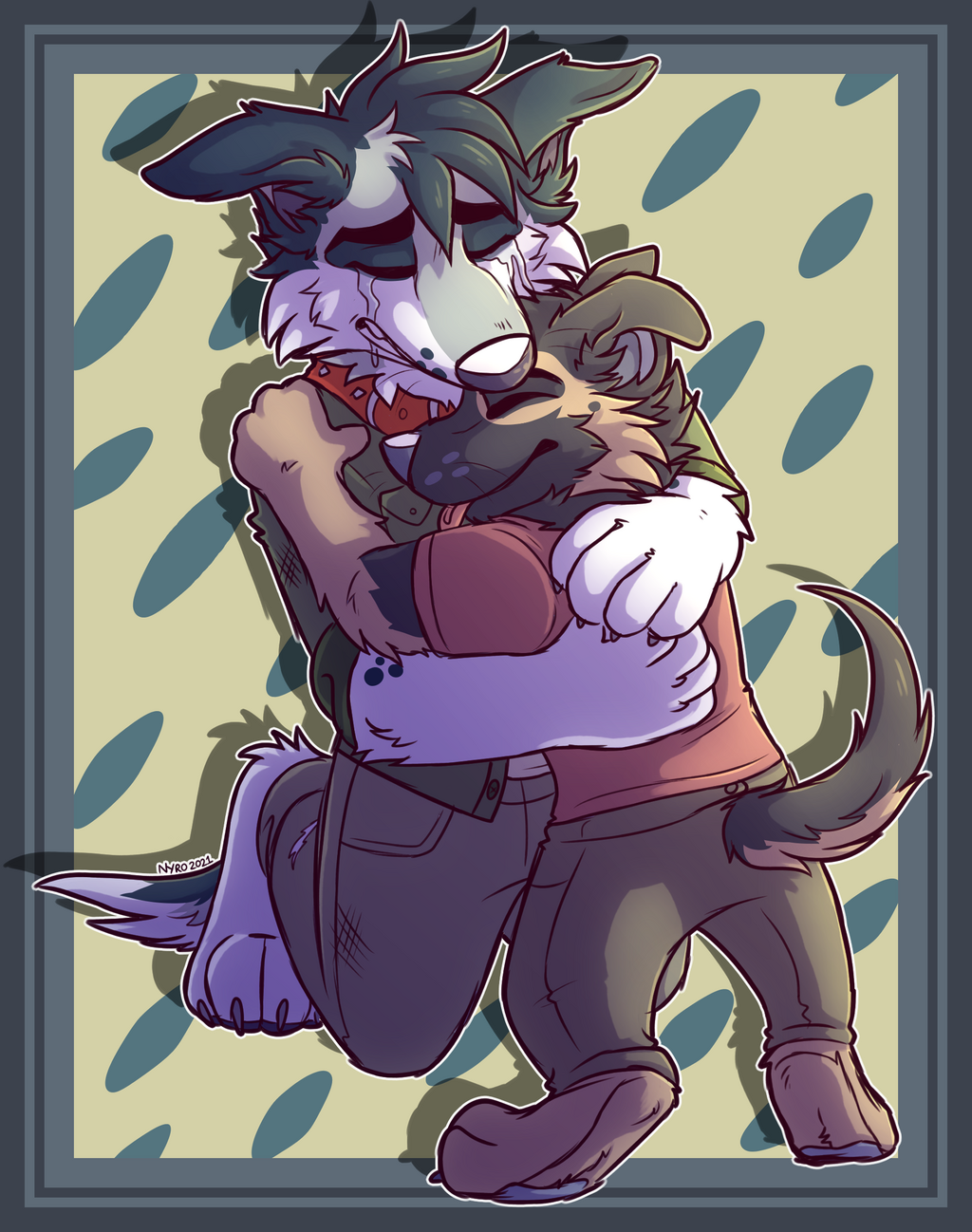 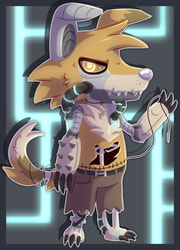 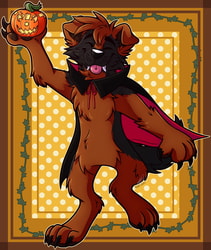 OC-tober prompts "character with most dramatic backstory" and "embrace". This is based on an older drawing of Troy and Todd from 2017, though the pose of both of them is a bit different. (Todd's design is also completely different now). Like the original drawing, it's based on Troy's backstory.

To be honest I kept reading dramatic as "tragic" instead, I don't know why, but eh whatever, basically the same thing. Troy's backstory is both tragic and dramatic, and is part of why he acts and thinks the way he does in the main story (but doesn't excuse it). For some context, Troy is the main antagonist.

The prompt lists I am using are:
OC-tober Prompts 2021 by MoonSkiier on DeviantArt
OCtober 2021 Prompts from oc-growth-and-development on Tumblr