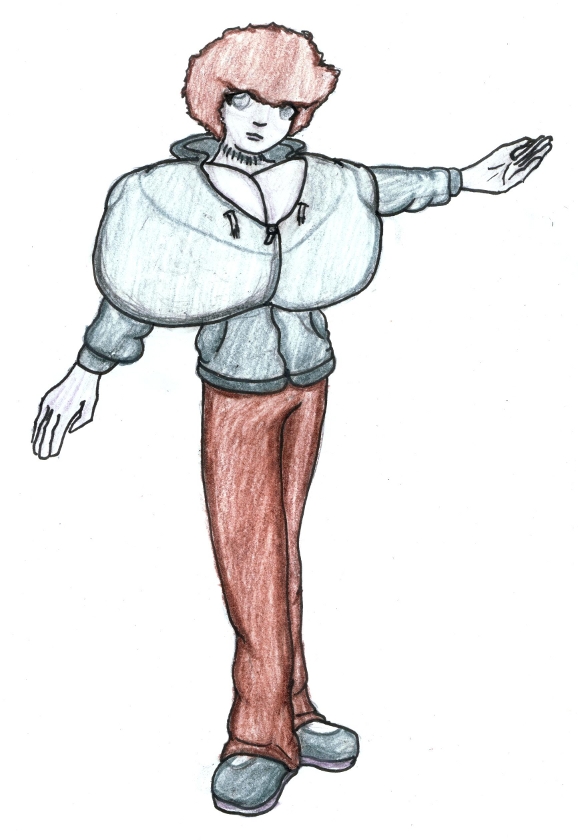 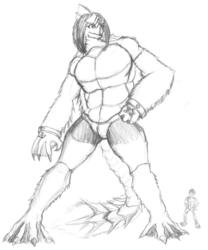 Zombies in my stories aren't rotting, cannibalistic* monsters: they're people who were raised from the dead, powered by magical energy and bound to serve a necromancer. Created when a person contracts to give their body to a necromancer in the event of their death, a zombie is legally, spiritually, and mentally a completely new person (their only link to the deceased is that they have the same body), though since they use the same physical brain, they may share many of the same innate quirks as the original person.

A zombie doesn't need food, air, or water to live, only to occasionally recharge their necromantic energies. Despite this, their bodies do still have many of the same functions: their hearts pump pointlessly, they can digest food (many zombies are altered so that any food is converted into more raw energy). However, their bodies are "stuck" in the condition they were in upon death, and their bodies can only be altered by their necromancer.

Marigold here came from a body which had been decapitated in a tragic accident. The excessive energy poured into her body to raise her as a zombie and reattach her head resulted in some equally excessive growth in her chest. Like most zombies, she's many times stronger than she looks, so carrying around those two monster melons is no problem. Unfortunately for Mari, her head still doesn't always stay on- though it doesn't hurt her, and the magic that keeps her undead lets her keep on going as if her head was still attached. Having taken up sculpture on the command of her necromancer, she sometimes even voluntarily detaches her head to get a view from a different angle as she works on projects.