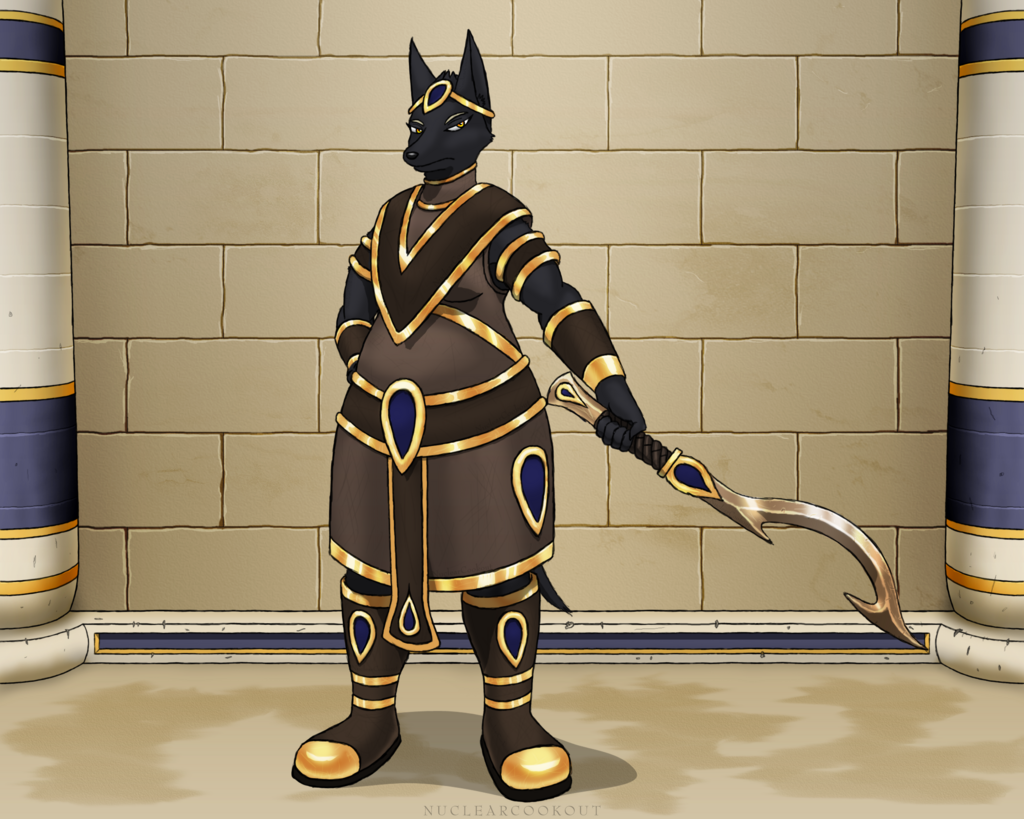 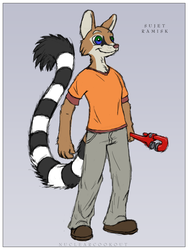 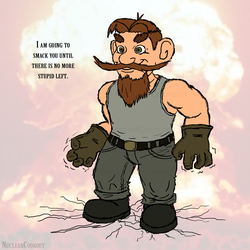 Tem-fet Isaj Sanqa-raan was born in the stringent martial society of Naktamun in the arid land of Amonkhet, and she learned the way of the blade and shield at an early age alongside her more carefree twin sister, Hapteqa. Careerwise, both showed an interest in cooking and eventually pursued the way of the chef as opposed to combat. However, her sister lacked the passion and precision needed for proper dining. On the day of a significant competition, her sister undercooked the chicken and gave herself and the judges food poisoning.

This brought great shame to both sisters. Hapteqa was barred from competitive and commercial cookery for five years, and Sanqa herself was subjected to secondhand shaming. This pushed Sanqa to make sure ALL food was properly cooked and NOT FREAKING RAW. She was accepted into the prestigious Palace of the Fed after an interview that was more intensive than usual, proving that she was indeed not like her sister. She eventually became proficient enough that her cooking was regarded as some of the most delicious ever tasted, even by the seasoned professionals. Furthermore, she became a respected food critic within Naktamun, visiting various restaurants and yelling at bad chefs until they broke down in tears; this took up most of her time. During this time, she also began planning for the construction of a culinary school later in the future.

However, screaming at incompetent burger-flippers was not enough for her. The world needed to know the ways of masterful cookery, and she could not achieve this goal by staying in Naktamun. After receiving a blessing from Gor-dun Ramses, the god of martial cookery, she set out into the world in search of adventure and funding, her ultimate goal being to open a cooking school of her own in a faraway land.

Have you ever had an idea so stupid that it demanded manifestation? Behold, one of my DnD characters: a salty Khenra fighter/chef who just wants to watch the world learn.

This also served as a practice in detail. I'm not entirely happy with the background, but it is where it is. Further studies in shading and perspective will come in time.

Q: "But Nuke! Aren't Khenra usually athletic? Why is she fat?"
A: You silly goober, did you even read the story? Did you not know that thin chefs cannot be trusted?