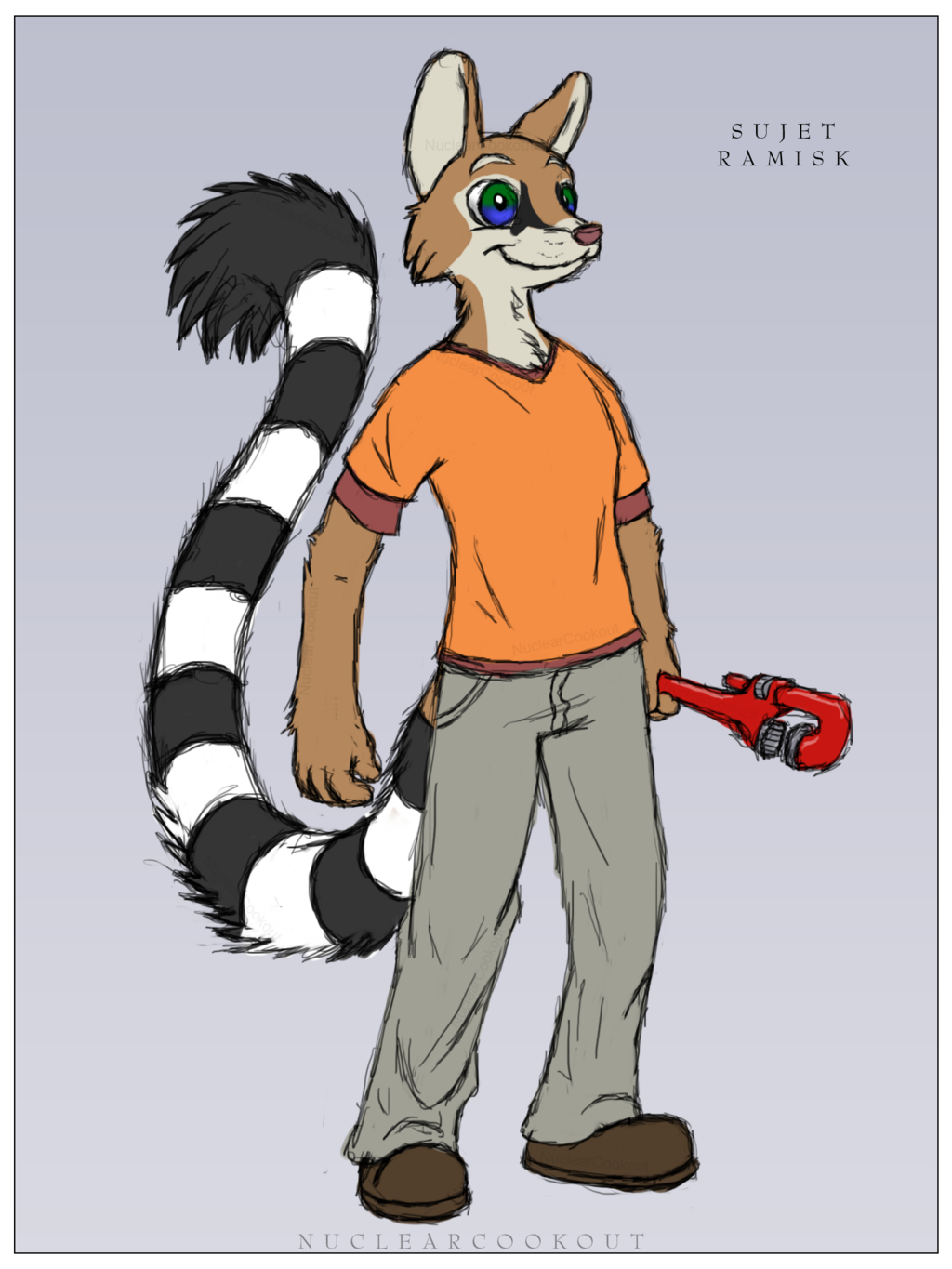 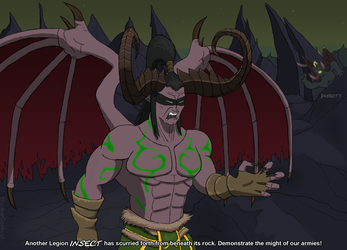 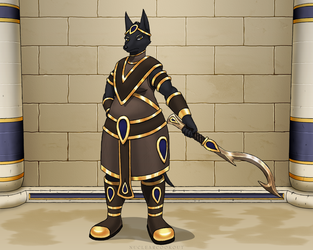 Sujet is a ringtail character I created a long time ago in a sci-fi roleplay group. He has a knack for the mechanical and a love of anything edible, and would probably be pursuing a career as a sumo wrestler if he wasn't such a hyperactive goober. I also used him as a Tabaxi character in DnD, and his absent-minded shenanigans have embarrassed the party on more than one occasion.

I went with a rough, simple look this time. No clean lines or shading.

See the Crysis-style robot version of him here.