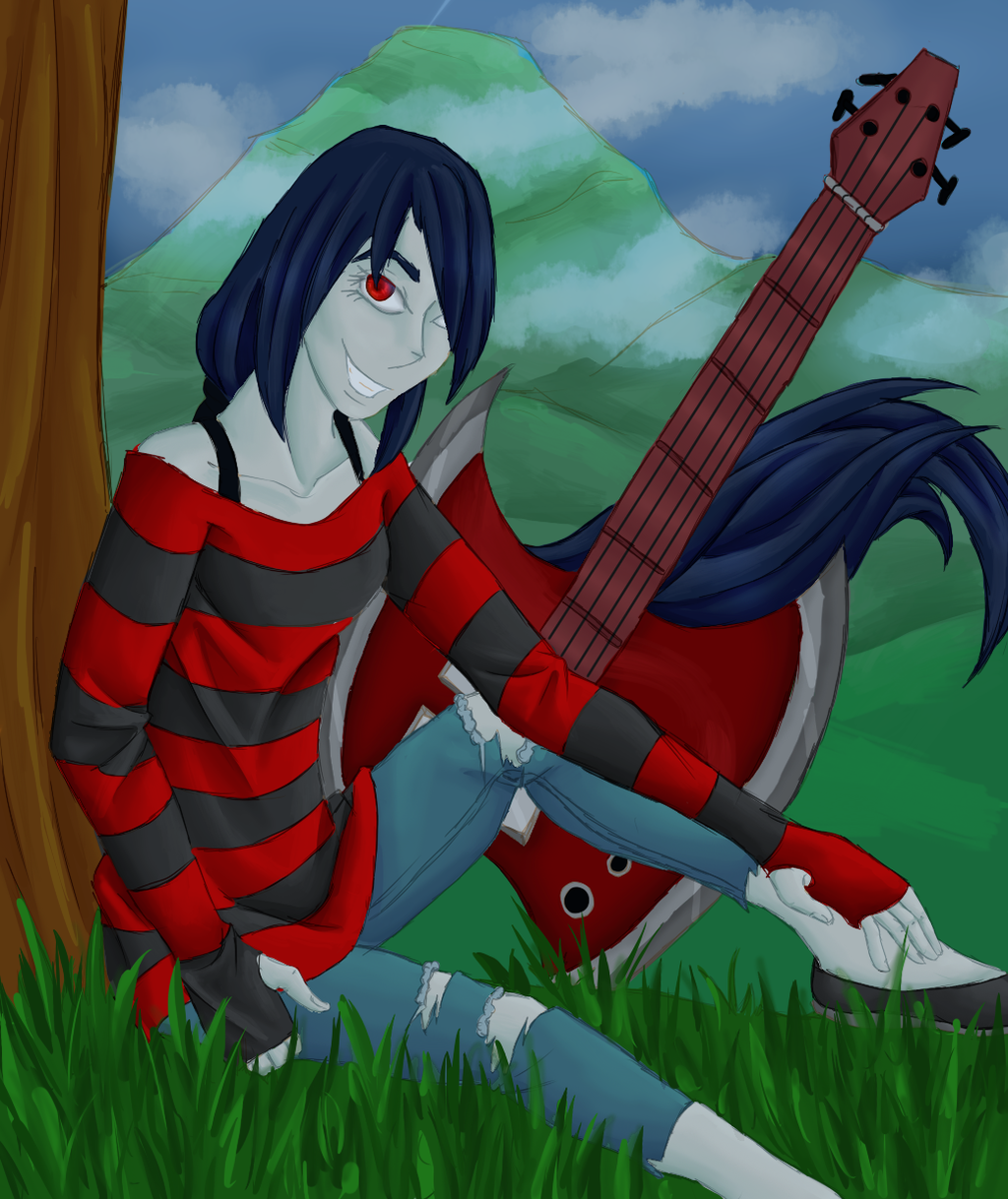 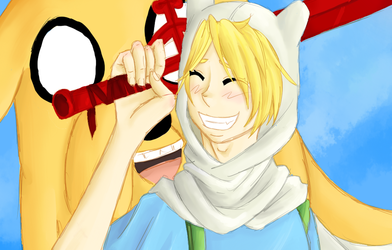 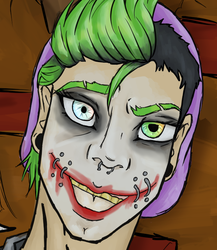 I don't think this is anywhere near as good as my Finn and Jake picture, but after drawing that I was in the mood for more fan art ( which I rarely do btw) So I decided to move on to my favorite character Marceline.

When I first started coloring this picture it was actually day time I was almost finished and then I was like "Wait....Marceline is a vampire it should totally be night time!" So then I had to go back and edit some stuff, I'm kind f a lazy artist though so peeps out there can probably tell it was originally day/ that my night isn't very night-ish.