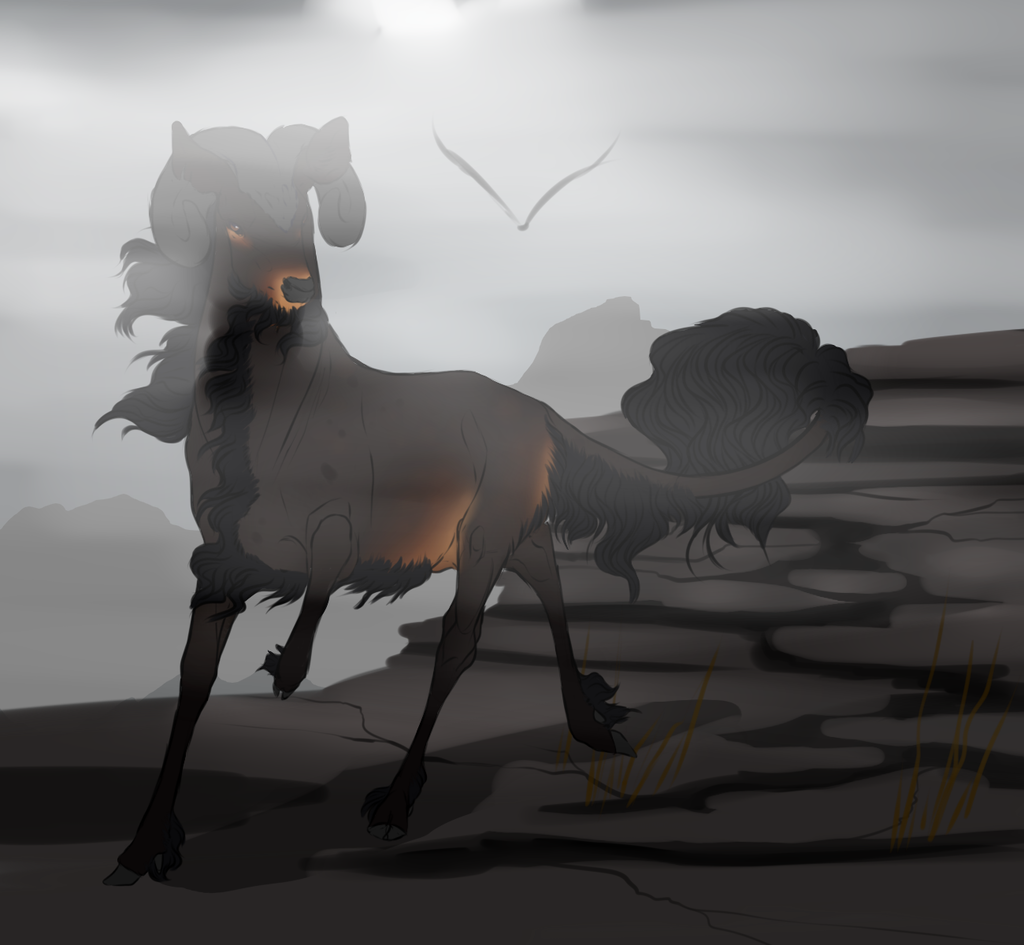 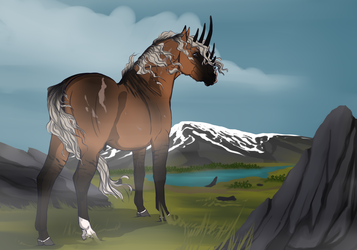 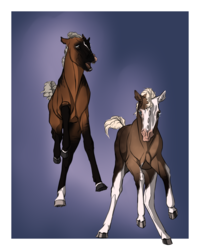 This was a shitty idea from the very beginning. The roan stag should have known better than to travel alone in the cold of the morning, he knew that even the most seasoned of mountain travelers could just as easily slip on a patch of hidden ice, and be sent tumbling to a painful, broken bodied death. Akela blamed the rut, and it's spell cast upon the males, he'd been 'driven' up here to solitude long ago and had now just began to descend. The fog should have stopped him. He wanted to stop, but the soft sound of feathers beating against the air was enough to drive him into a reckless descent down the mountain. Some eagles were bold, daring to attack the smaller, lighter females whenever one crossed this rocky deathtrap, and with such a cursed stature, he would easily be mistaken and attacked. Perhaps, if it were the summer, he wouldn't have worried about leaping headfirst from one rock to another, running at breakneck speeds... but ice was a quiet killer.