ATTACK OF THE GELATINA EXPANDA ! by nosferatu16 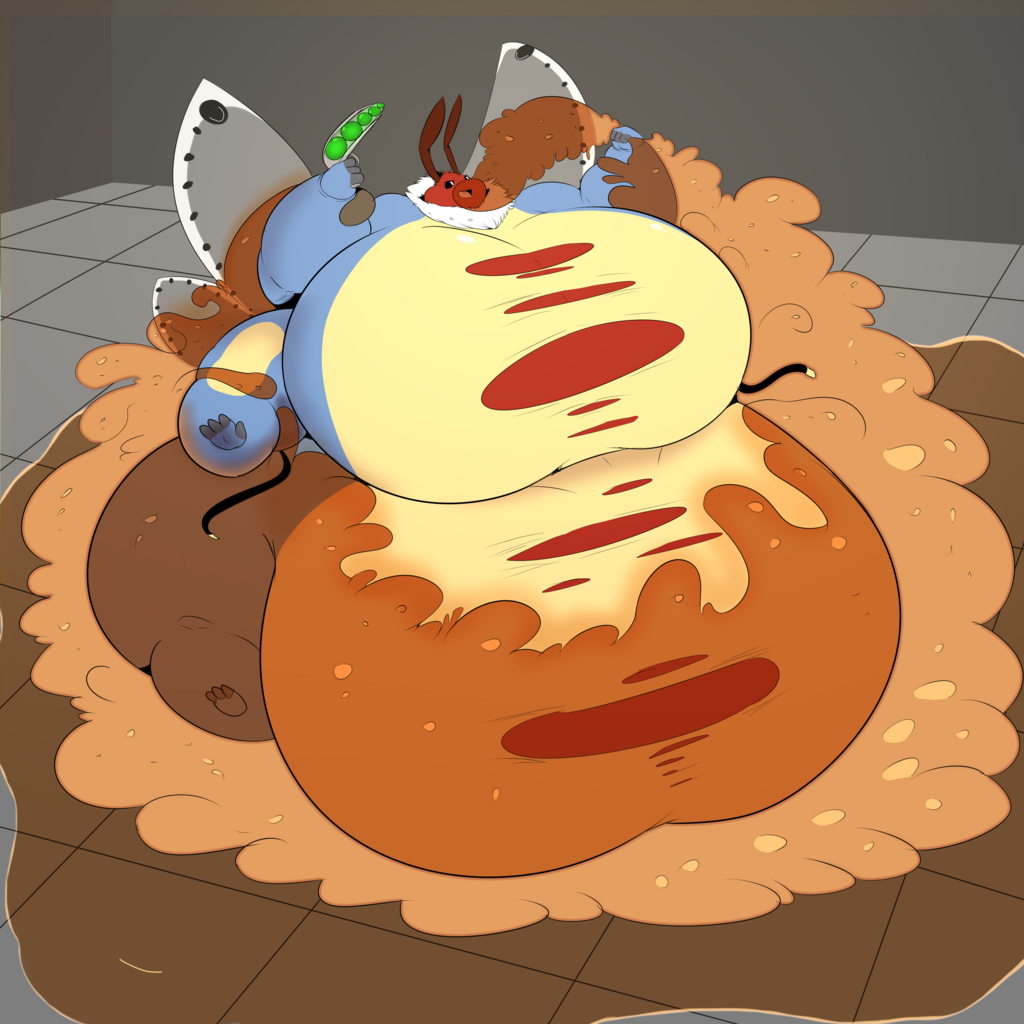 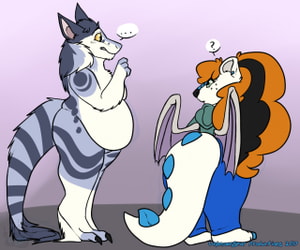 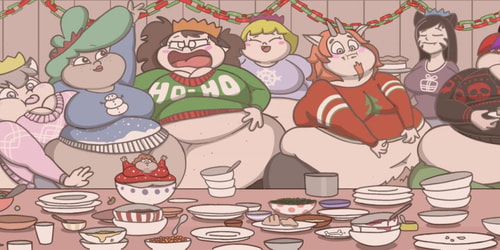 ATTACK OF THE GELATINA EXPANDA !

The central computer warned Vikki about the detection of a meteorite that is about to enter the atmosphere and that contains an unknown life form inside the meteorite. The scientific moth put on her space suit as soon as possible and immediately go with her spaceship will intercept this precious meteorites. Arrived in space, she met the meteorite and managed to catch this.

Later, after returning to her secret base, Vikki, too excited to remove her spacesuit, hastened to bring her precious meteorite into the test room to begin studying it. Arrived in the test room, she put to work to study to know what is hidden inside this mineral space. But she did not need to break the meteorite which was cracked by herself. We could see a strange orange liquid inside. Intrigued, she wante to see more to analyze this strange orange liquid, but while suspicious. She had no time to react that the orange liquid formed a strange orange slime and jumped on the helmet that Vikki still wore to melt and then entered in the mouth of Vikki.

Vikki tries to repel this slime from her mouth, but managed to penetrate into her mouth. Without taking any chances, she activated the nano robots in her body to the maximum by the thought, to avoid that it is contaminated or worse. Suddenly, without understanding why, but this strange slime seems to have doubled, even triple his size, just as she felt that her body was gaining weight too. She did not understand how it was possible that this slime could increase its quantity, but that was not time to think. The most important thing was to get out of this situation!

Thus, a fight began between our dear scientist moth and an orange slime which seems to dominate more and more. Vikki's body was half engulfed by this slime that still continued to penetrate Vikki's body and she continues to grow. Her space suit could not support Vikki's body expansion that tore. Nothing seemed to stop this monstrous space slime, even when Vikki used her laser gun to disintegrate it. The slime seems to win this fight, while the belly, breasts, buttocks and all parts of Vikki's body get bigger. It was then that the nano robots in the body of the moth created an impulse to project the unknown organism that tried to penetrate the body.

Thus, the slime was projected to the bottom of the room, which broke the strange force feed that Vikki suffered. But nothing was finished yet. Now she must try to leave the test room with its enormous weight and then locked the slime in this room! She managed to get up, but had to waddle the body, because these legs and her belly had become too big. The slime try rushed towards her to continue penetrated into her. It was therefore a race for Vikki who tried as best as possible to reach the exit before the slime reached her. Just as the slime was going to reach the moth, Vikki managed to cross the door by falling on the other side and immediately shouted to close the door and the door closed abruptly in front of the slime that smashed on the door.

The slime was finally locked in the room and he will stay there. Vikki took no time to relax that she raised it again to go to the elevator to go to the decontamination room, because we do not know anything that can do this slime in the body of a nobody. Especially that for the moment, the nano robots now a stable level in the body of Vikki for the moment. Arriving in the decontamination room, she completely disengaged herself to be naked and activated the expulsion mode to these nano robots to expel the slime that is in it. Thus, Vikki's body became sticky because the slime was expelled in small doses from each part of the skin, as if it was sweating. Then, as she sweated, mini metal arms out of the walls of the room to suck the sweat that was part of the slime, and then evacuate in the test room to avoid aggravating the situation.

It took several hours to evacuate the slime into Vikki's body. To pass the time, Vikki thus relaxed in the decontamination room, while analyzing her body. She had grown enormously, but strangely enough, it was the feeling of expansion. It was not painful. She touched her belly that had become very big, but was very comfortable, just like those breasts. Incredibly pleasant. Then Vikki found those minds and realized that she had to be indoctrinated a little. It had to be a kind of toxin that slime had to inject into people to prevent any rejection. Fortunately Vikki had activated these nano robots to fight that or otherwise, she will have buried by a desire to grow and be super fat. It was very interesting and Vikki had to know more about this slime!

After several hours, Vikki came out of the decontamination room, completely decontaminated and returned to normal weight. She arrived in her room, taking clothes and her scientist's blouse and then returning to the test room. When she arrived in the test room, she could see through the window of the observation room that the slime had returned to its normal size and was in the center of the room. He seemed quiet enough to be able to capture this in a study jar. She ordered her main computer to capture the slime and lock it in a container. The slime let strangely be captured enough and was now locked in a glass jar. Now it was time to study this slime of space.

Vikki spent days studying this slime, while forgetting to sleep, which sometimes made her sleep on her desk. After several tests, she came to a conclusion. This slime had a conscience and had the ability to choose a host to then live in is host and coexist, but increasing his hunger, but also the elastic capacity of the body of the host. which made it possible for the host to grow to infinity. This slime acted like a parasite who wants to survive by going to live in a host, but without hurting his host and giving they pleasure in weight gain. After several reflections, she decided to name this slime the Slimebiote, or its Latin name, Gelatina Expanda.

Then, later, separating the slimebiote in two, she discovered that the slimebiote could multiply it, then reform it again to be one. Which means that he will be able to multiply and train an army. It would have been a disaster if Vikki had not intercepted it. Just to imagine that falling into the wrong hands will be catastrophic. Fortunately, the slimebiote is falling into these hands. Suddenly, she had a crazy idea. What will happen if the slimebiote takes as host the body of a person who has no conscience? Does the Slimebiote, in order to survive, have to take control of the body and even create a consciousness? It was then that Vikki thought of her unfinished project that she was working a few years ago on the creation of a living being, but which had the defect of having no conscience. So she decided to take a piece of slimebiote and go implant it in the artificial body she was working.

Information about the Slimebiote : http://www.furaffinity.net/view/20158706/