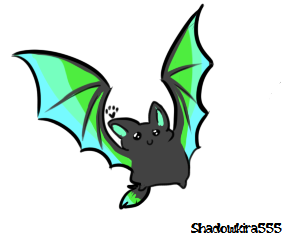 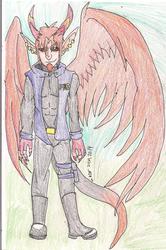 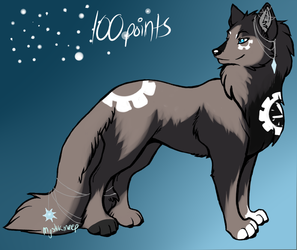 Bought for me by Linkaton. Just now posting here. XD

Dislikes: Clothes, liars, things that may harm her, boring things

A little bit about her:

Primrose is a nudest bat. She's a famous singer on her planet, but she travels to different planets with her brother, to seek thrills and see the sights. She hates wearing clothes, and loves her body. She is neither fat nor skinny, she's just right. She doesn't care who sees her body. One aspect that she has, from her planet, is being a speedster. Her mother was a wolf, who had superspeed from experimentations, and she inherited it. Noobat and her share the same father. She's an omnivore, while her brother is a herbivore. :D

She does have a temper, though is in control of it. She only fights when she feels threatened or feels Noobat or her friends are threatened. She has been trained to fight, and to harness her speed.

She's a thrill seeker, as she loves to dive off of giants (Tornraecs, Kisos, anything huge), loves exploreing certain...areas of female giants, and loves diving off of cliffs. She'll do anything that gives her a thrill.

She is into certain fetishes, and is addicted to sex, but she has no mate at this time. Her species tend to run around nude, only Noobat and a few others wear clothes. The species feels that clothes constrict movements, and make it difficult to fly, as well as the clothes do not mold with them when they go into a feral form, they just fall off. So, to prevent loosing clothes and feeling constricted, they do not wear clothes. Hermaphrodites are generally the dominant over males and females, and can reproduce asexually. However, they can have sex if they so wish. But they've evolved enough to reproduce asexually.