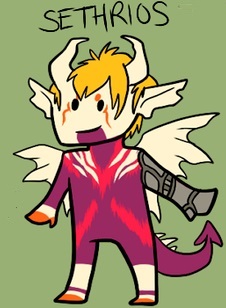 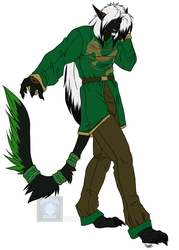 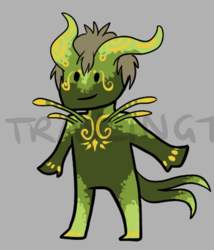 This was done for me by TimeTravlingTrilobte ! :D He's so cute! ahdoshfodh Yiss. I am just in love with his colors and stuff ouo;;

Rivaldir Tadion is a master mage. He had changed his name shortly after he recieved that title. His work mostly works with runic magic for the FBI, investigating magical misuses. He had arrived on Earth with Rumbell, after he had escaped slavery on his home planet, but they had gone their seperate ways. He now works closely with Rumbell, keeping an eye out for people who might misuse their magic. He does return to his planet to visit his parents, and keeps a close eye on them. Since he's been gone, they had stopped the slavery and now live in peace. c: