The article that we did for the newspaper AD de Dordtenaar. by nlorier 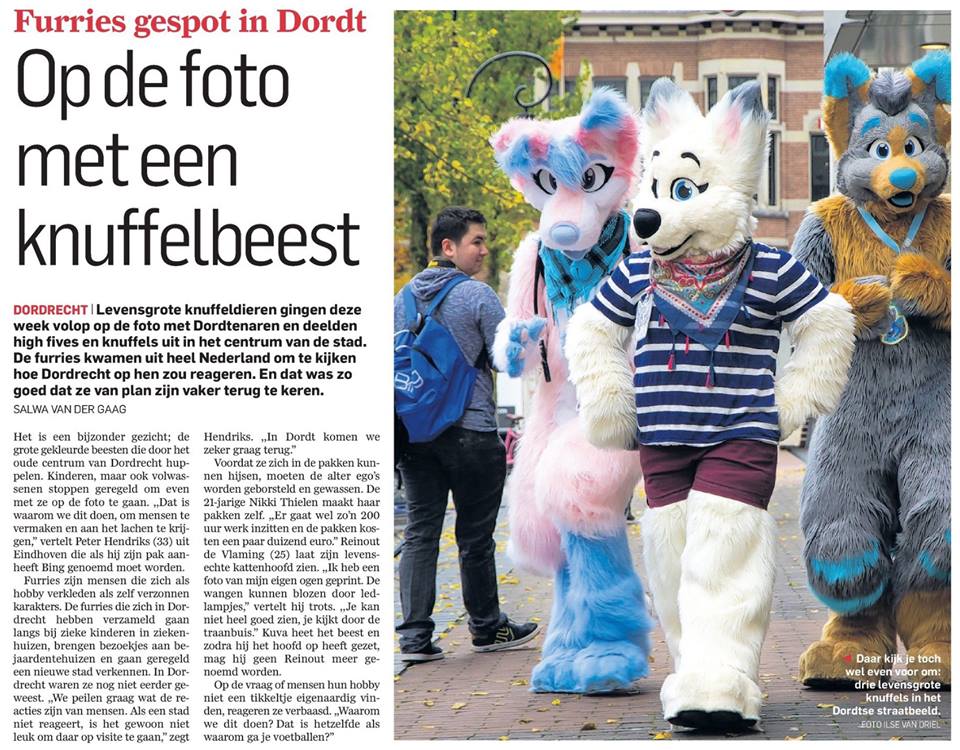 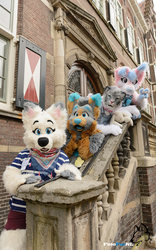 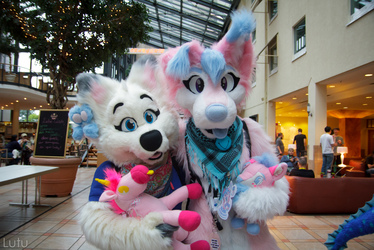 The article that we did for the newspaper AD de Dordtenaar.

It was very fun to do this and it was a awesome day with my friends Bing the Wolf, DearlyDoo , KuvaKlik and Jacky the Rat! Thank you guys for the nice day and for this awesome article c:

Mika owned by nlorier / Fursuiters owned by the respective owners !

In the picture with a stuffed animal
Dordrecht | Life-sized stuffed animals came to Dordrecht and shared high fives and hugs in the center of the city with all of it’s citizens. The furries came from all over the Netherlands to see how Dordrecht would react to them. That went very well and they intend to return more often.
Reporter: Salwa van der Gaag
It is a remarkable sight; The large colored creatures that frolic through the old city of Dordrecht. Children, but also adults stop regularly to take a picture with them. ,, That’s why we do this, to entertain people and make them smile and laugh, „said Peter Hendriks (33) from Eindhoven as he wears his suit Bing the Wolf.
Furries dress up as fictional characters they created themselves. The furries who have gathered in Dordrecht also visit sick children in hospitals, retirement homes and regularly explore a new city. They haven’t been to Dordrecht before. ,, We like to see how people react to us. If a city doesn’t respond that well, it just is not fun to go on a visit there, „says Hendriks. ,, In Dordrecht we will definitely like to come back. “
Before they dress up as their characters, the alter egos should be brushed and washed. The 21-year-old Nikki Thielen makes her suit herself. ,, There are about 200 hours of work in it and the suits cost a few thousand euros. "Reinout Fleming (25) shows his lifelike cat head. ,, I printed a picture of my own eyes. The cheeks blush by LEDs, „he says proudly. ,, You can not see very well, you look through the tear duct. „His animal costume is called Kuva and as soon as he put on the head, he may no longer be called Reinout.
When asked if people do not find their hobby a tad peculiar, they are surprised. ,, Why are we doing this? That’s like asking why people play football? ”